I have read Mr. Martin Amidu’s quite deft and acute interpretation of the Special Independent Public Prosecutor’s Bill and do not see any reason why the former Attorney-General and Minister of Justice believes that a Clause 3 Sub-Clause 4, which he claims to have been later appended to the Special Prosecutor’s Bill after it had been introduced to Parliament is deviously and, perhaps, mischievously aimed at subverting the entire purpose of the establishment of the Office of the Special Independent Public Prosecutor by whoever appended the same (See “Let’s Not Undermine Corruption Fight in Special Prosecutor’s Bill – Martin Amidu” Modernghana.com 7/25/17). 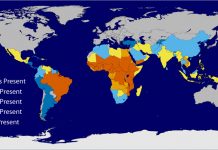