An Aflao Circuit Court has fined Sylvanus Sepenu, a fake official of the Narcotic Control Board (NACOB), GHC3,600 for attempting to extort money from a Bureau of National Investigations (BNI) official. 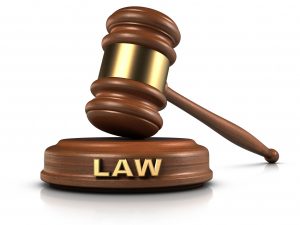 Sepenu pleaded not guilty and was fined GHC2, 400 for attempted extortion and GHC1,200 for falsely posing as public officer, totaling GHC 3,600.

The sentences run consecutively and he will go to prison for three years and 18 months respectively, totaling four years, six months on default.

Mr Michael Akemo, a Detective Police Inspector of Aflao told the court presided over by Alhaji Ali Baba Abature, that the convict, a currency dealer, lives at Aflao, where the BNI official also resides.

He said about 0600 Hours on July 11, this year the BNI official, alighted from a bus near the Aflao border.

Mr Akemo said Sepenu called him and demanded to inspect the BNI official’s travel documents as well as all monies on him to verify whether they were genuine, claiming to be a NACOB official, but failed to produce his identity card upon demand by the Official.

The Police said the Official brought out his wallet and then grabbed the hand of the Sepenu, who was reaching for it, leading to a fierce struggle between the two.

He said friends of Sepenu at the bus terminal rushed in to free him from the BNI official, but one John Annor, a Police Sergeant on board a passenger vehicle rushed to the aid of the BNI official to arrest Sepenu.