The Tarkwa Circuit has fined a 35 year-old illegal miner GHC360.00 for assaulting a colleague. 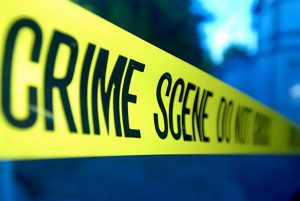 Romeo Awuah, a notorious resident at Simpa in the Tarkwa Nsueam municipality, who pleaded guilty to the charge, would go to prison for 14 days in default.

Prosecuting, Detective Inspector Clement Amoah said in the month of October 2016, the accused person sold his laptop for 200 Ghana cedis to the complainant in the case Richard Yankey also a miner.

He said on November 7, around 1720 hours, Awuah approached the complainant and asked him to return the laptop.

Inspector Amoah said this resulted in a misunderstanding and in the process the accused attacked Yankey and subjected him to beatings and forcibly removed his wallet from his pocket which contained 204.00 Ghana cedis.

According to the Prosecutor, Yankey lodged a complaint at the police station and the convict was arrested.

When Awuah was asked why he allegedly subjected the complainant to that treatment, he told the court that, he only took the complainant’s wallet and mobile phone, but never assaulted him.
GNA