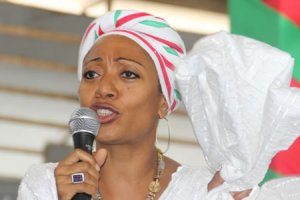 In spite of the heavy censure of President John Mahama by a section of Ghanaians, mainly members of the opposition New Patriotic Party who are blaming his administration for falling short of expectations, the Convention Peoples Party has lauded the NDC-led government for its sterling performance.

According to the CPP, although there is a lot of work left to be done to lift the country from its present economic difficulties, the government of President Mahama has so far performed creditably.

In a recent interview in Accra, Mr Greenstreet lauded the government for the ongoing massive road works in the country, especially the Eastern corridor.

Himself having previously described the Eastern corridor stretch as a ?death trap? due to the nature of the road and delay in its execution, the CPP scribe said he was impressed with the speed of work on the project, adding that when the road is finally completed, it would significantly transform into one of the best roads in the country.

?The likelihood is that the NDC will sweep all the votes along that corridor if the rate of work continues and we the opposition parties probably must take care,? he confessed.

Mr Greenstreet added, ?If the road is completed, it will be a great legacy of President John Mahama,? and expressed the hope that funds would continue to be made available so that work could continue before the setting in of the rainy season.

?After my Kumasi torpedo, I went to the north using the Eastern corridor road where I made the comment that the Eastern corridor road was a death trap. But this time round, when I went to the north, I used that road; in fact a lot of work had been done on the road and so the truth has to be told and I think it will be to the benefit of Ghana as a whole,? he said.
He challenged those who think he is engaged propaganda or image cleansing for the Mahama government ?to go and use the road and see whether what I?m saying is just propaganda.?

?So, it enabled me to kill a number of birds with one stone. It enables me to tell the truth and also to ?reconcile with my brothers in the NDC. The road is now very good and the work that has been done is very impressive. Yendi to Bimbilla took me one hour and the road to Nkwanta, apart from a small portion between Damango and Bonakye, is very good. There has been a lot of good work and the Nkwanta Township has been transformed because of the road,? he said.

On his part, the 2012 presidential candidate for the CPP, Dr Abu Sakara acknowledged the Mahama government for creating a peaceful and conducive business environment for investors and workers.

In a May Day message, Dr Sakara urged all Ghanaians to support the President and his government to surmount the challenges, particularly the power crisis affecting the country.

?We must all come together as one people to help solve these challenges. Ghana belongs to all of us and yet we are but a fraction of the future inheritors of our dear nation in another forty-two years? time when we celebrate our centenary.

What you and I do today will determine the kind of Country we leave for our children and our grand- great children. Let us all help move our nation forward irrespective of our partisan divides. Let us do more in our work places to build a robust, working and sustainable economy. Ghana must work again and Ghana needs you to work again,? he stated.