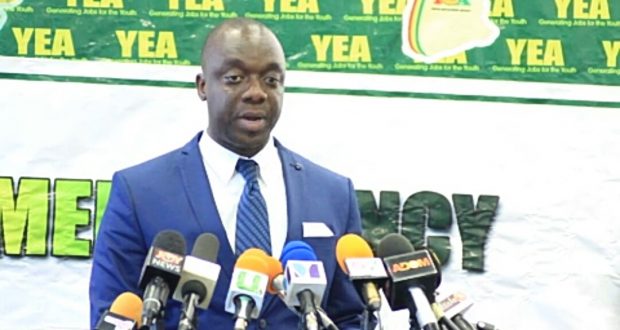 The Civil Society Coalition on Youth Development (CSCYD) has commended the new Management of the Youth Employment Agency (YEA) for taking bold steps to rid the agency of corruption.

According to a statement issued by the Coalition, which was copied to the Ghana News Agency on Monday, the revelations made by the internal audit were stunning, given the background of the agency.
“It is sad that after what happened to GYEEDA in 2014, we still wake up to such stories,” said Ms Theodora W. Anti, CSCYD Coordinator.

“It is particularly heartbreaking that 9,442 beneficiaries were above the age requirement despite the teeming numbers of unemployed youth in the country.”
The Coalition urged the Management of YEA and the Ministry of Employment and Labour Relations to ensure that all those implicated in those acts were prosecuted and justice served for the youth of Ghana.

“We are also calling on the new management to be more transparent and avoid politicising recruitment of beneficiaries. Let us ensure that all Ghanaian youth have an equal opportunity to benefit from the modules no matter their political affiliation,” it said.
According to the Coalition, some studies indicate strongly that politicisation of some of these government led initiatives was the root cause of such corrupt acts.

“We hope that the current management would be vigilant enough to avoid some of these mistakes.”
The statement said the Coalition was also calling on the YEA Management to establish the District Committees as stipulated by the Act.

“This will improve transparency at all levels and public confidence in the Agency.
“It is also very important that the Agency publishes the criteria for selection of beneficiaries. That will also help the youth and minimise corruption,” it added.