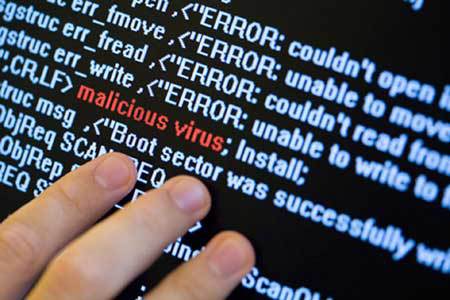 Cyber threats have become the albatross holding telecoms, eCommerce and seven other organisations that depend on digital technology for their operations.

Again, Kaspersky Lab Report 2014 released in February 2015 confirmed that financial phishing attacks, including phishing against banks, payment systems and e-shops accounted for 28.73 per cent of all phishing attacks detected during the year under review.

Today?s C-suite, according to a report released by Deloitte Touche Tohmatsu Limited (Deloitte Global) recently must deploy a cyber-defense that is secure, vigilant, and resilient.

The Deloitte Global report listed seven industries including online media, high technology, telecommunications, e-commerce, insurance, manufacturing, and retail as the most vulnerable to the ?spanners on the wheels? of cyber traitors.

Global Cyber Executive Briefing from the report shows that virtually all organizations will be attacked so C-level executives need to better understand their biggest threats and which assets, typically those at the heart of their business?s mission, are at the greatest risk.

Deloitte outlined potential for attacks, reasons and possible scenarios, and potential impact to business in the study.

Speaking on the study, Cyber Risk Services Leader, Deloitte Global, Ted DeZabala, said, ?People think cyber-attacks are confined to specific sectors. In reality though, any organization that has valuable data is at risk?.

According to the report, being secure starts with tackling weaknesses in applications and reinforcing the digital infrastructure, while organizations that are vigilant should subsequently be alert and identify any attacks as early as possible.

The report also explained that being resilient involves early-stage identification of the direction of a threat, the reason for such threat and how it will manifest itself, adding that rapidly detecting an attack can spur an organization into action so it isolates and removes the threat.

Deloitte in the report highlighted threats sector by sector thus:

High Tech: Consistently a target for attacks with the biggest threats being loss of intellectual property (IP) and hacktivism. Threats are also used as a stepping stone to attack and infect others.

Online Media: Has the greatest exposure to cyber-threats with ones that cause reputational damage topping the list. Threats are also used as a stepping stone to attack and infect others.

Insurance: The sector typically has a lot of sensitive data to protect. Cyber-attacks are growing exponentially as insurance companies migrate toward digital channels with sophisticated attacks combing advanced malware with other techniques such as social engineering. While current attacks appear short-term, the report predicts the number of long-term attacks may be silently growing.

Manufacturing: Increasing in the amount of attacks by hackers and cyber-criminals as well as through corporate espionage. Types of cyber-attacks in manufacturing vary widely from Phishing to Advanced Malware, targeting not only Information Technology (IT) but also connected Industrial Control Systems.

Retail: Credit card data is the new currency for hackers and criminals. Insider threats in retail are is increasing, giving rise to a new breed of criminals that focus on stealing information ? especially the valuable cardholder data that flows between consumers and retailers.

In furtherance to the persistent threat, DeZabala also warned that ?Not a single sector is immune to this. Knowing the value of your data, the value of that data over time, knowing the potential attacker, their resources and motivation, are some of the first steps in making business decisions about adequate protection.?

Amerado Out With Freestyle Video ‘Kyibom’

Data breaches can have ripple effects on businesses years after