Secretary-General Ban Ki-moon (centre) joins hands with Greek and Turkish Cypriot Leaders Demetris Christofias (left) and Dervis Eroglu. UN Photo/Eskinder DebebeThe latest round of United Nations-facilitated talks between the leaders of the Greek Cypriot and Turkish Cypriot communities aimed at the reunification of Cyprus have ended in New York after ?robust and intensive? discussions, Secretary-Ban Ki-moon said today, calling for a decisive move to reach a final agreement.

Mr. Ban, who attended the talks between Greek Cypriot leader Demetris Christofias and his Turkish Cypriot counterpart, Dervis Eroglu, on Monday and Tuesday, said ?limited progress? was achieved during the meeting.

He also reminded both parties that the process is Cypriot-owned and Cypriot-led.

?The UN is not here to impose solutions upon the sides,? MrI have proposed that the sides complete the exchange of data on property within the next two weeks to which they agreed.. Ban told reporters at UN Headquarters, adding that the two sides had come to the meeting to make an effort to resolve the main challenges in the process ? the issues of the election of the executive, property and citizenship.

?In terms of next steps, I have proposed that the sides complete the exchange of data on property within the next two weeks to which they agreed,? said Mr. Ban, whose Special Adviser on Cyprus, Alexander Downer, will brief the Security Council later today on the talks.

?I will be providing a report to the Security Council on the status of the negotiations at the end of February [and] at the end of March I will seek a review of the process from my Special Adviser.

?If his report is positive, consistent with relevant Security Council resolutions and following consultations with the two sides, I intend to call a multilateral conference in late April or early May,? said the Secretary-General.

He stressed that, at this stage of the talks, even maintaining the momentum and continuing negotiations in an intensive manner is not sufficient. ?I have urged the leaders to make decisive steps to move to a final agreement,? he added.

?The United Nations remains convinced that it is in the interest of all Cypriots to reach a durable settlement,? he said.

In 2008, both sides agreed to work towards ?a bicommunal, bizonal federation with political equality, as defined by relevant Security Council resolutions.? The partnership will comprise a Federal Government with a single international personality, along with a Turkish Cypriot Constituent State and a Greek Cypriot Constituent State, which will be of equal status. 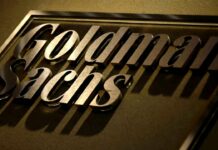