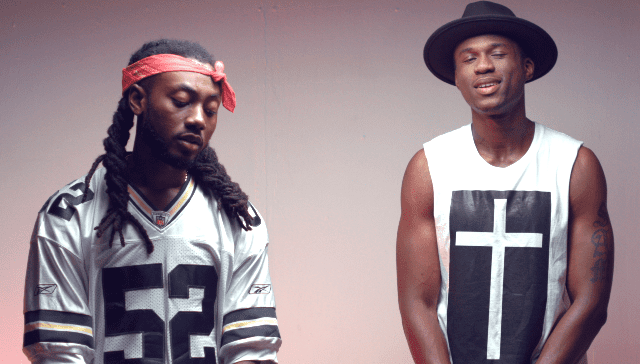 Music hot cake Pappy Kojo has revealed to Akosua, host of 30 Minitz Live that although he got exposed to music through Michael Jackson , it was the rap ?Sofuor?, Obrafuor? who whet and sealed his fate musically when he dropped the 90?s monstrous hit album ?Pae Mu Ka?.

Pappy went on to reveal that his love for the Kwame Nkrumah hitmaker saw him grow locks after his hero disclosing that he even has some YouTube clips of him performing some of Obrafuor?s tracks with friends.

The ?Realer No? hitmaker also explained that despite his grandma?s strictness she interestingly warmed her way into his music at an early age even leading him on to sneak out and attend shows in Takoradi.

The Takoradi born musician stated that he can rattle words in Fante, English and Italian stressing that he picked up Italian because his family moved to the country in 2004 when he was 15 noting that as the culture shock was massive he found solace in the few Ghanaian tracks he found around.

On how he finally gained attention on the local music circuit, Pappy Kojo expressed immense thanks to partner in crime Joey B who encouraged and eventually convinced him to relocate to Ghana whereupon the ?Realer No? song was birthed adding that he could not forget the indispensable role relative DJ kess also played in being the first person to play his music on radio.

The teetotaler had word for underground cats: ?to get people to love you, you must have personality; I made sure I had a plan, I took dope pictures and directed people to my online platform?.

The ?Realer No? video was shot by Prince Dovlo at Haatso a suburb in Accra and according to Pappy the love shown by fans and observers alike has been humbling indicating that minutes after the video was released it generated 5000 hits.

Joey B who joined the session assured fans that he will drop new material in December urging fans to look forward to his clothing line the Renaissance fashion.

Inusah dedicates his awards to all female players

Obrafour wows his fans with his new imagery

Obrafour to whip up a new single soon

I will perform everywhere including hell fire – Pappy Kojo