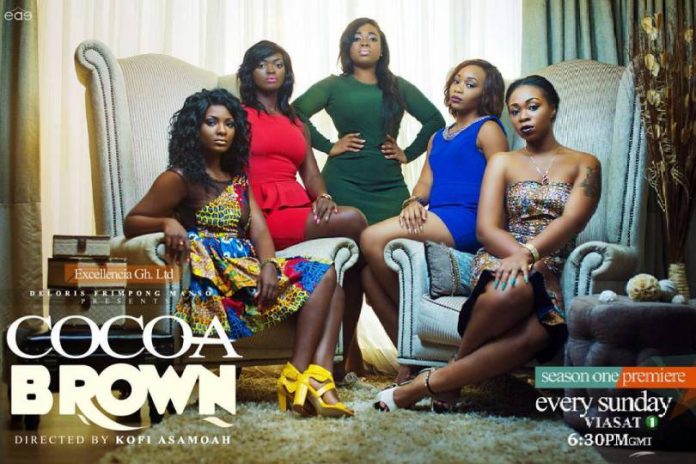 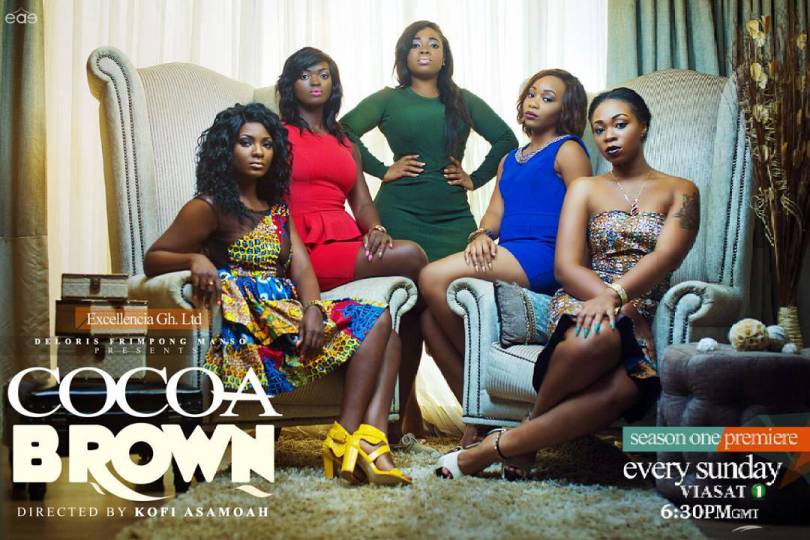 “Cocoa Brown”, another TV series by Ghana’s Television personality Deloris Frimpong-Manso premiered on Sunday, July 3rd on Viasat1 TV. If you missed the first episode like I did yesterday then according to this guest post by writer Sakyi Saint you didn’t really miss out anything since the show is definitely not worth the hype.

Read his review below and tell us what you think!

Some call me the dream killer whereas others especially the gospel fraternity in UK makes reference to me as the talent destroyer but I dare to say I never exhibit either of the duos.

The past few months had been media hype on the upcoming television series of DELAY titled COCOA BROWN which was officially aired on Viasat 1 television on July 03, 2016 at 6:30pm. After the 1st episode and awaiting the next, I can willingly offer my neck for hanging if this over-hyped TV series can surpass her previous production.

I dare say, it isn’t worth the hype. For a TV series with about seven sponsors, I’m yet to come to terms as to how such an inferior produced movie could pull such strings?

Initially, I thought my television set was developing a fault after so many hours of using it to watch X rated movies and movies filled with obscenities until I tuned in to other TV channels which provided quality visuals and audio clarity.

Picture quality for such an over hyped television series was substandard whereas audio audibility was almost negligible. This makes me wonder why Caroline Sampson of Y FM and a cast in this series could offer to be part of such a lowbrow production after confirming with K-SWAG (host of dining with swag which airs on GH ONE TELEVISION) that she will only be part of a cast of a movie which does not only have a good story line, but excellent production.
This makes me ask, is this her definition of what an excellent production is? I find it unthinkable when highly learned celebrities from the entertainment industry would refute their advice during pre-production before airing?

Being an entrepreneur is a laudable idea but comparatively, I will always support Nigerian produced television series any day and any time. I will gladly recommend DELAY to watch FUNKE AKINDELE’s JENIFA’S DIARY and place it head to head with COCOA BROWN if the few shot scenes of the series are to just to test the waters.

As stated earlier, I might be deemed a harsh critique but if it is to aid and bring out the best in our movie makers, with DELAY not an option, I will do it without a twice thought about it.

I know the scavengers who act as fans and bootlickers of DELAY will not take this in good faith and work on it but would rather open their mouth to devour. My advice to them is simple, which is…………

Cocoa Brown is based on the true life story of Ghana’s television presenter, Deloris Frimpong-Manso, is said to correct some of the misconceptions about her and to tell her struggles from “obscurity to the limelight”.