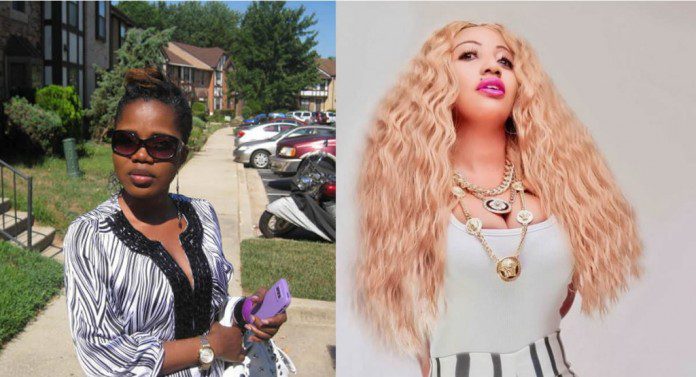 On the yet-to-be released Delay Show, controversial and outspoken hiplife songstress Mzbel opened up on her relationship with businessman and Founder of UT Bank Kofi Amoabeng. According to her, they had sex a lot of times, affirming the long standing rumour of their romance.

This got Diamond Appiah, the Trobu Constituency aspiring MP for PPP, to come out on her social media page to reignite her long standing beef with Mzbel saying Mzbel stole from Kofi Amoabeng amongst other allegations.

Awwwww my Daddy Mr Amoabeng says he doesn’t have anything to do with this attention seeker or her son n whiles she is out talking n seeking for attention with his name as usual she shld return all the money she stole from his drawer lmaoooooo the cheap thief didnt know he had a hidden camera in his room … Oh Ghana girls bi Abr3 oooo.
In the past, Mzbel called her a shoplifter when she started mocking Mzbel for liking her IG post. According to Mzbel, she was not the one handling the page although those running it had her permission. She went on to call her a shoplifter and a $100 prostitute

Daddy Amoabeng we adore n respect you. No kleptomania n prostitute jumping from one office to another looking for men to sleep with and tarnish their image has nothing on you. Tell dem how hard u worked for the money she came to steal from ur house . ?????? any woman who doesn’t have shame to sleep with men old enough to be their father or even grandfather is nothing but a worthless shameless prostitute. she made the same move on my late godfather, failed n starting spreading fabricated lies abt him on radio.Wot a sick mental bitch! This cheap thing has nothing on other ppl but fabricated lies that she spreads to make her worthless self feel better