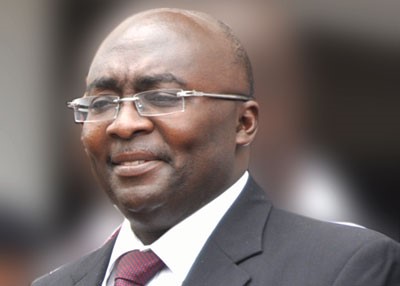 Vice President Dr Mahamudu Bawumia has urged rural banks in the country to take advantage and make adequate use of the digitisation system taking place in the country.

He said the National Identification Card and the introduction of the digital addressing system would give unique identity to individuals and also assist in locating every area in the country.

“We have 16.1 billion addresses in Ghana and every square by five square metre of land in Ghana has a unique address, so we will be able to bring everybody into the formal system” he emphasised.

The Vice President indicated that the life line of many rural banks in Ghana was the deposits and savings of clients and therefore taking advantage of the digital system would ensure the needed robust macroeconomic environment to stimulate savings.

He said the small and medium scale rural and urban enterprises were a major concern to the government in their attempt to industrialise the economy and accelerate growth.

He said government was determined to expand the planting for foods and jobs programme, increase mechanisation as well as irrigation and in addition to improving road networks across many rural parts of the country to enhance agriculture production.

“These development authorities are the vehicle through which we are going to be disbursing $ 1 million dollars to every constituency every year”, he indicated.

The Governor of Bank of Ghana, Dr Ernest Addison said as a regulator, their major concern was the low capital level of the rural banks ,indicating that as at August 11, this year only 58 Rural and Community Banks (RCB’s) had a paid up capital of above GHC 1 million.

This changing dynamics in the sector he described as low and does not promote enough factors for effective intermediation adding that “I can assure you that BOG will be flexible in working with you to strengthen the rural banks”.

Dr Addison said in order to continue playing the critical role in supporting industrialisation it was critical for the RCBs to adopt strategies to better understand the needs of small enterprises in the rural areas.

The National President of the Association of Rural Banks Ghana, Dr Nana Akowuah Boamah said currently there were in existence 144 Rural and Community Banks with over 800 agencies spread mainly in the rural communities across the country employing over 20,000 Ghanaians.

According to Dr Boamah if nothing was done about the current requirement, it would drive away potential investors and make share capital mobilisation extremly difficult, especially for RCBs that had not been able to pay dividends to shareholders ever since they were established.

He was of the view that rural industralisation would be key when there is ample credit availability for farmers and affordable interest rates.
GNA/Newsghana.com.gh