The National Disaster Management Organisation (NADMO) Friday assured the public that adequate preparations are being put in place to manage disasters during the rainy season, which has duly started. 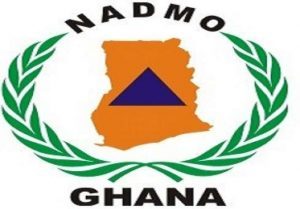 Mr Kweku D. De Graft, the Acting Director, Public Relations, NADMO, said throughout the year, the Organisation had been carrying out adequate sensitisation programmes in flood prone areas of the country to educate the people on what to do to avoid floods and what to do during floods.

Speaking to the Ghana News Agency, in Accra, on the downpour, which hit Accra and its surrounding areas, on Thursday night, Mr De Graft said his outfit was still monitoring the situation and that so far no incident had been reported from any community.

He said their operational standby teams were also in place to assist the public in case of any emergencies in the flood prone areas.

He mentioned some of the areas within the Accra – Tema Metropolis as the Kwame Nkrumah Interchange, Awoshie, Darkuman, Dansoman, Santa Maria, Kokompe, Communities 18 and 20.

He noted that the continuous dumping of refuse into open drains by some unscrupulous people was compounding the flood situation in the country.

He, therefore, urged the various Metropolitan, Municipal and District Assemblies (MMDAs) to make sure that the storm drains were desilted to pave the way for the smooth flow of rain waters.

He also urged the various MMDAs to avoid the construction of open drains, as part of efforts to curb the menace of people using them as refuse dumps; resulting in choked drains, which hindered the free flow of water, especially during rainfall.

He advised people living in flood prone areas to take serious the warnings of the Ghana Metrological Agency that the nation should expect heavy rains this year.

He said NADMO sought to enhance the capacity of the society to prevent and manage disasters and to improve the livelihoods of the poor and the vulnerable in rural communities through effective disaster management, social mobilisation and employment generation.

Mr De Graft said over the years, NADMO had performed its duties diligently under many challenges and with very limited resources.

He said the relief items that they usually gave out during disasters were to mitigate the suffering of the people; and appealed for donor assistance to cover potential victims.