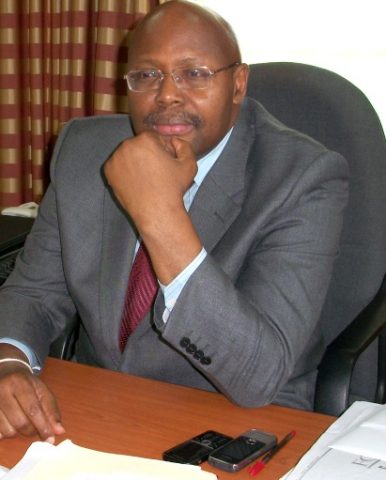 Liberia’s Presidential Candidates Commitment to Cut Waste: Deception at the Zenith—Only Dr. H. Boima Fahnbulleh Can Do It

Cutting waste in the budget is the newest mantra on the lips of all of Liberia’s presidential candidates, it appears to me that most of them are in love with this mistress, although they are only posturing to the public, but in true they are bent on living an exotic lifestyle when given the mandate by the people to lead this tiny West African nation.
In certain quarters, it is said the best indicator of ascertaining future behavior is past action or conduct, this can survive as an aphorism to discern when politicians make politically appropriate pronouncements that are far from the truth, which they do not have the slightest interest in upholding. But they do so to hoodwink the people, so as to accrue votes from the unsuspecting public that has not read in their stratagem.

What is ludicrous is the fact that the likes of Charles Walker Brumskine, Benoni Urey, Joseph Nyumah Boakai, George Weah, Mills Jones, and Prince Johnson have shown little commitment in cutting waste when they served and are serving in positions of influence in the state. Most of them have used the public treasury to get fat budget, staggering pay rise, and bumper allowances; since they are running for the high office suddenly they want us to believe that they have undergone a Pauline conversion.
Similarly, the likes of Alexander Cummings, Simeon Freeman, Macdonald Wento, etc., even in the private sector have all demonstrated voracious craving for exotically lifestyle, which is synonymous with an addition of individuals on drug. These individuals have this corporate mentality of amassing wealth on a disproportionate scale as opposed to ceding to the essence of public service—public spiritedness or the maximization of public interest.

In a nutshell, the Liberian people should not gamble the presidency to these black magic politicians because their pronouncement to cut waste in the budget is nothing but an Orwellian doublespeak. For them, once it comes to the presidency, they are prepared to appear politically savvy. Our people should not fall for such fantasy because these candidates will do no such thing.
Conversely, the only presidential candidate who is credited and reputed for exercising fiscal integrity and living an austere life in both public and private services is Dr. H. Boima Fahnbulleh Jr. While serving as National Security Adviser to the President, his budget did not exceed 72,000 USD in a fiscal year, however, for the past 10 years, he used between 35,000 to 40, 000 every fiscal year. At the end of each budgetary circle, for the past ten years, he returned the leftover of the funds to the government of Liberia. He did this doing his stay in government for the past ten years.

Furthermore, this noble patriot in Dr. H. Boima Fahnbulleh, Jr. served the Sirleaf-led government for ten years without being engaged in a financial scandal, let alone abused his office for the acquisition of private property. He wielded public spiritedness and demonstrated leadership par excellence during his stay in a government many commentators deemed corrupt.
Suffice this to mean that he is the only presidential candidate in these elections who can transform this country, and implement fiscal measures to not only cut waste in the budget, but to also roll out pro-poor policy prescriptions geared at reducing inequality, beating poverty, and securing the future of this country.

Cometh he hour, cometh the man! Vote Dr. H. Boima Fahnbulleh, Jr.
Alfred P. B. Kiadii is a student of the University of Liberia who studies Political Science and Public Administration. He is an ardent disciple and follower of the philosophical and Pan-Africanist ideological constructs of Dr. H. Boima Fahnbulleh, Jr, Osagyefo Dr. Kwame Nkrumah, Dr. Edward Wilmot Blyden, Mwalimu Julius K. Nyerere, Amilcar Cabral. He believes in the concept of revolutionary violence as espoused by Frantz Fanon. Furthermore, he is the Director of the Bureau of Information, Press, Outreach and Mobilization of the Liberia National Students Union (LINSU).
By: Alfred P.B. Kiadii

Over 3,000 candidates sit for BECE in Kwadaso Municipality

About 2584 candidates are writing BECE in the Yendi Municipality

More than 17,000 candidates to sit for BECE in Western North Region

Government is committed to ensuring safety in financial and business sectors