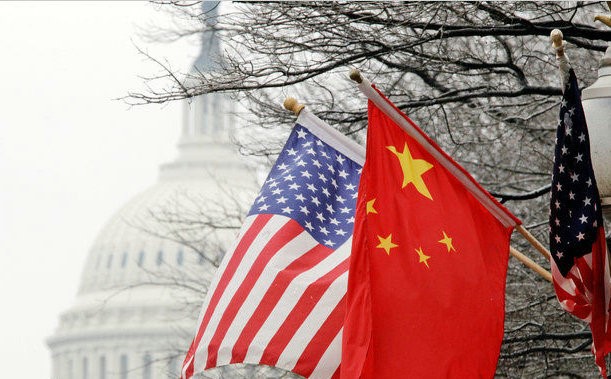 The US and Chinese economies are heavily dependent on each other. In such a codependent economic relationship, actions taken by any one partner have critical implications for the other, Stephen Roach, former Chairman of Morgan Stanley Asia told the People’s Daily in a recent interview. 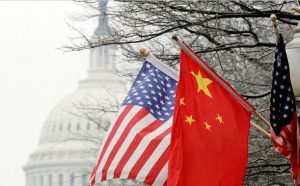 His remarks came ahead of Chinese President Xi Jinping’s upcoming US visit, during which he will meet with his US counterpart Donald Trump.

Roach, also a senior fellow at Yale University’s Jackson Institute of Global Affairs, pointed out that the US has long been one of China’s largest and most lucrative export markets in its spectacular 30-plus years of development trajectory.

He illustrated that exports went from 5 percent of Chinese GDP in 1979 to nearly 38 percent in pre-crisis 2007 – by far the sharpest increase of any major sector in the Chinese economy over that same period.

At the same time, the US has also become heavily dependent on China, he noted, explaining that China is now America’s third largest export market and its fastest growing source of foreign demand for American-made products over the past decade.

Moreover, with China long the largest foreign holder of US Treasuries and other dollar-based assets, it has played a vital role in funding America’s chronic budget deficits, the scholar said.

The expert also believed the codependency as a very reactive relationship, saying that if one partner alters the terms of engagement, the other will most certainly respond.

“Specifically, if the US imposes some type of punitive sanctions on China, the Chinese can be expected to respond in kind,” he said.

It would set in motion a vicious cycle that could well culminate in a US-China trade war that would take a big toll on both economies, as well as triggering spillovers that could put a major crimp in the global economy, the researcher expounded.

Chinese GDP growth has slowed significantly from the 10 percent average annual growth recorded during the 1980-2011 period, but of the 3.1 percent global growth in 2016, China contributed over 30 percent of the total, he said, adding that such share dwarfs the contribution of other major economies.

Citing the US, Europe and Japan economies as example, he illustrated that while the US is widely praised for a solid recovery, it contributed just 0.3 percentage points to overall world GDP growth, or only about one-fourth of the contribution made by China.

A sclerotic European economy is expected to add a mere 0.2 percentage points to world growth, and Japan not even 0.1-percentage point, the scholar underlined.

“China’s contribution to global growth is, in fact, 50 percent larger than the combined 0.8-percentage-point contribution likely to be made by all of the so-called advanced economies,” the expert stressed.

Since China and the US formally initiated discussions on Bilateral Investment Treaty in 2008, there have been 30-plus rounds of painstakingly slow negotiations, Roach pointed out.

“Significantly, there is now broad agreement between both countries on the principles of cross-border investment – especially in terms of transparency, technology transfer, ownership caps and the nondiscrimination of ‘national treatment’,” he added.

If the treaty can be finally concluded, Trump administration has the chance for a quick win in his pro-growth agenda, Roach said, emphasizing that for a growth-starved US economy, there could be no better way of tapping into what promises to be the world’s greatest market expansion in the years ahead.

“Both nations need to deal with their own unique economic challenges,” the economist said, but noted that they have one important strategic objective in common – rebalancing.

To do that, China needs to save less and consume more, whereas the US needs to do the opposite and consume less and save more, Roach further explained, adding that successful economic restructuring of both nations will allow them to address their relationship from positions of strength.

By Wang Rujun from People’s Daily/NewsGhana.com.gh