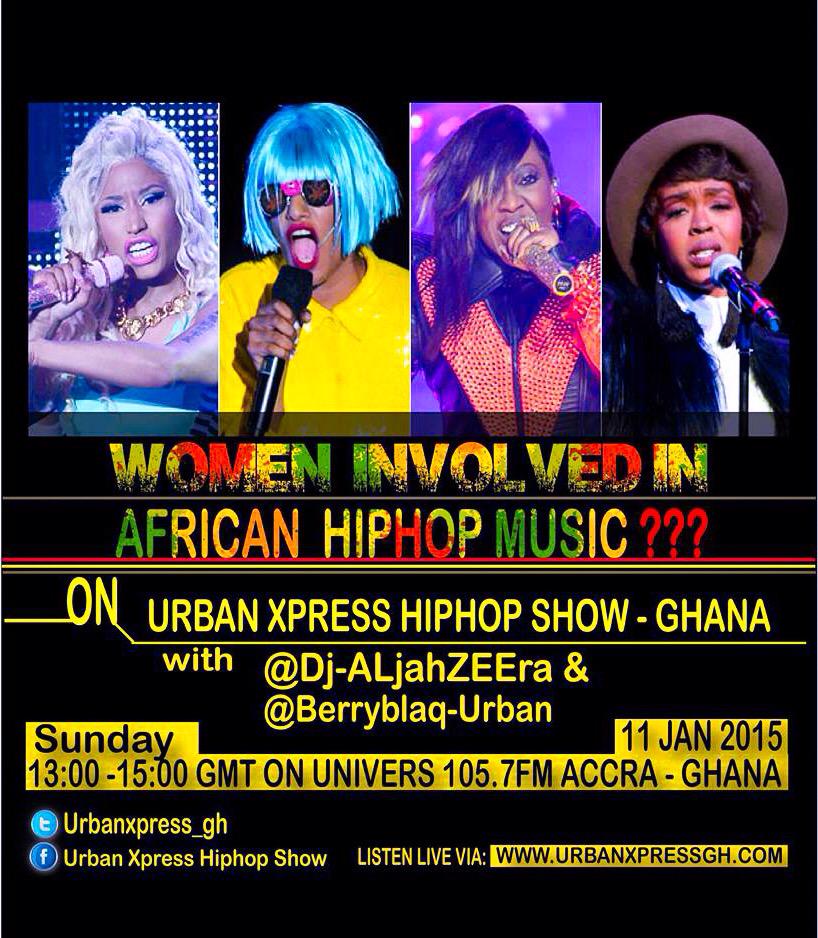 What comes in to mind when you hear an African artiste portraying his music genre to that of Hip Hop?

In our century, it appears that, every Ghanaian or African guy is a rapper and every girl from Africa is a model. However alternative career paths have become the norm now. In a world where a hip hop musician earns more in a week than the branch managers of some banks do in a month, it isn?t hard to see why someone would decline a 9 am to 5 pm career.

Our ladies especially have no time to waste when they have their headphones with them, they get a beat which goes like a Dr Dre sound produced project, get a pen and paper, and begin to flow on it like Lil Kim, Nicki Minaj, Iggy Azalea and the likes will flow.

This female hip hop thing is becoming very common in recent times and that is why the most talked about FemCee at the moment, Eno, together with entertainment writer, Ama Larbie and Vodafone’s RedFm Dj, Mz Ostein will be discussing women doing hip hop music in Africa.

Not just that, they will also talk about hip hop events, female beat producers and the likes with Dj Aljahzeera and Berryblaq Urban tomorrow, 11th January 2015 on Radio Univers 105.7

Lets all tune in tomorrow and listen to the discussion between these ladies.

We can all learn a thing or two from whatever they will say.