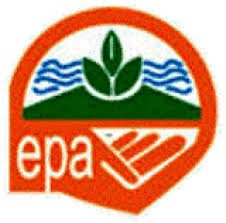 A statement signed by Alhaji Zakari Musah, Public Relations Officer of the ministry for the Minister and copied to the Ghana News Agency in Accra, said following a meeting between the Minister and the EPA over a petition from residents of Valco Park Area at Tema Community Seven against the illegal development of a Green Belt in the area, “the Minister hereby orders the developer to immediately stop the construction on the said parcel of land.”

The statement said the Ministry puts on record that the developer does not have a permit from EPA to undertake any development in the Green Belt, and further directs the EPA to assess the cost of restoring the land to a Green Belt and surcharge the developer.

It said: “It is important to note that the Green Belt, lying between communities seven and eight has been created to serve as a place for shelter in times of disaster.

This is the only area in the community where major sewer blockage and pipe bursts are controlled, while repair works are done.

“The ministry has noted with serious concern the continuous encroachment of state property with impunity by some individuals and private developers and wishes to state that the Ministry cannot continue to countenance this kind of lawlessness in the country.”

The statement, therefore, assures the residents of Community Seven Green Belt area to calm down and respect the rule of law as their petition is receiving urgent attention and necessary action.

Leadership of parliament directed to meet Committee over LGBTQ Bill