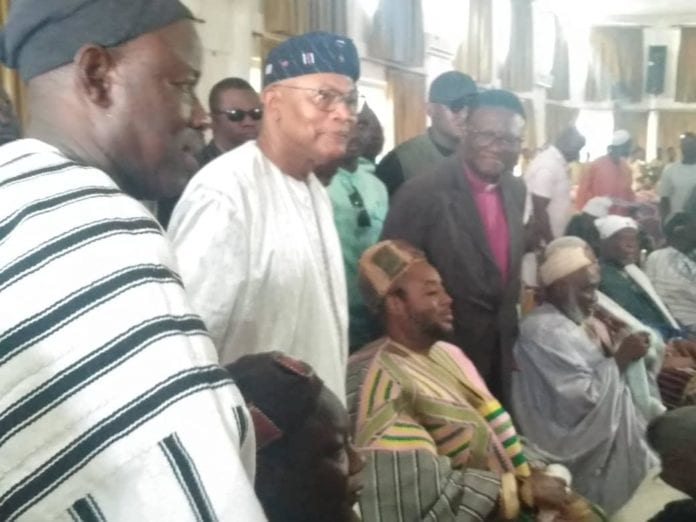 Dr Mohammed Ibn Chambas, Special Representative of the Secretary-General and Head of the United Nations Office for West Africa and Sahel, has proposed the establishment of a Dagbon Peace Committee to work with other interest groups to respond to threats to peace in the area before they degenerate into conflicts.

He said membership of the proposed Dagbon Peace Committee should be broad and include all sections and segments of people including women, the youth and all communities within the Kingdom to promote unity.

Dr Ibn Chambas made the proposal when he delivered a lecture in Tamale on Saturday on the topic: “A New Dagbon: Peace and Unity for Development”.

The lecture was organised by the Dagbon Traditional Council as part of activities to mark the annual Damba Festival, which will take place in the second week of next month.

It was attended by a number of dignitaries and personalities across the country including eminent chiefs and people of Dagbon.

The annual Damba Festival is celebrated by the Dagombas and some ethnic groups in the northern part of the country to mark the birth and naming of Prophet Mohammed.

This year’s Damba Festival is unique for the Dagbon Kingdom as it will be the first since the enskinment of the new Ya-Na and will be celebrated across the entire Kingdom without any hindrance, a situation, which had not been the case during the Dagbon chieftaincy conflict.

Dr Ibn Chambas said there is the need to promote inter-group and inter-community dialogues within the Dagbon Kingdom to amongst other things sustain and deepen reconciliation in the Kingdom.

He expressed delight at seeing the Paramount Chiefs of Savelugu and Mion sitting close to each other during the event, something that was not possible some few months ago, saying “the new position they are taking in public must be sustained”.

Dr Ibn Chambas also spoke about population growth and human development in the Northern Region and the country as a whole calling for strategic plan that would help to create opportunities for the people as the country’s population would expand within the next 30 years.

He also called on political parties, especially the New Patriotic Party and the National Democratic Congress to embrace peace and tolerate opposing views to ensure peaceful general election next year.

Reverend Professor Emmanuel Asante, Chairman of the National Peace Council, expressed belief that the new era of peace in Dagbon would continue to grow and Dagbon would be accorded its rightful place in society.

Professor Amin Alhassan, Director-General of Ghana Broadcasting Corporation, who chaired the lecture, said the current situation at Dagbon showed that a new narrative of unity and development had begun in the area.

Mr Salifu Saeed, Northern Regional Minister, thanked the participants for the roles they played which led to the restoration of peace in Dagbon.