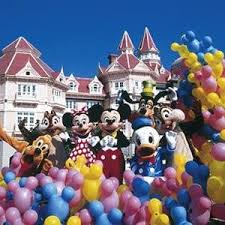 Under the deal, Euro Disney will receive a cash injection of around 420 million euros (525 million dollars) from a rights issue backed by Walt Disney.

In addition, around 600 million euros of Euro Disney’s debt held by Walt Disney will be converted into equity and various lines of credit extended by the US parent, which has a 39.8-per-cent stake in the French group, will be consolidated into a single loan.

Euro Disney shares fell over 17 per cent to 2.86 euros in morning trading in Paris on the announcement.

The Disneyland Paris theme park is Europe’s biggest tourist attraction but since opening in 1992 it has never turned a profit.

Last year, visitor numbers fell 1 million to 14.9 million and the occupancy rate at the site’s seven hotels dropped to 79 per cent from 84 per cent.

Euro Disney said the “challenging economic conditions in Europe” and the company’s 1.7-billion-euros in debt – all owned by Walt Disney – were preventing it from investing in the park.

The deal agreed with Walt Disney, which has been approved by Euro Disney’s supervisory board, would nearly halve its debt, the group said in a statement.

Walt Disney said the bailout would help fund improvements to the visitor experience.

“With this effort, we are demonstrating The Walt Disney Company’s continued confidence in Disneyland Paris, which remains the number one tourist destination in Europe,” the US company said.
GNA

Bailout: IMF To Deploy Another Mission To Ghana

Disney+ in Mzansi 4 Sure