Residents of Talensi, in the Upper East Region have called on the government to evict from the area a Chinese Company, Shaanxi Mining Company Limited over what they describe as unhealthy practices against the state. 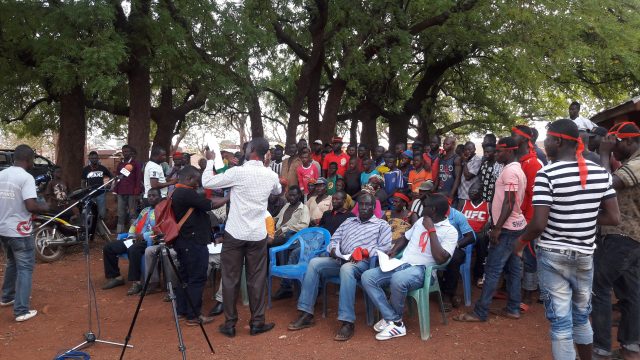 A statement released here signed by the convener for the Concerned Citizens of Talensi, Charles Boazor enumerated a litany of allegations against the Asian country mining firm.

Shaanxi Mining Company, the group notes has never paid any form of tax to the state as their checks at the Ghana Revenue Authority (GRA) indicates, a development which has denied landowners, traditional authorities and district assemblies of needed royalties.

The company is also alleged to be engaging in bad mining practices including undertaking deliberate blast poisoning which has killed several indigenes as well as blasting without filling the stopes, a practice described to be a bad mining practice.

A total of 502 Ghanaians have been employed by the Asian Company and out of the number, 450 of them receive a monthly salary of GH₵250 for working 8 hours a day, a figure below the minimum wage that is supposed to be paid to a worker in the country as well as non-payment of the Social Security contributions of the workers.

Minister for Lands and Natural Resources, Peter Amewu, recently issued a directive dated April 24th, 2017 to the Chinese Mining Company to stop its operations following the killing of seven Ghanaians had been flouted by the company.

The Concerned Talensi residents therefore urge the government to collect all taxes supposed to have been paid earlier on, revoke the license of the Chinese firm as well as expel them from the country.

The statement said, “Talensis shall be grateful to the government for (i) getting Shaanxi Mining Company Limited to pay all compensations, settlement, social responsibilities, taxes or royalties. (ii) Revoking every license or certificate with regards to their interest in the Talensi District. (iii) Expelling them completely from Talensi District.”

The activities of illegal mining locally referred to as ‘galamsey’ has become a subject of worry in recent times.

The practice had caused destruction to arable land as well as polluted several water bodies across the country.

Experts have warned the country risked importing water from neighboring countries if steps are not taken to address the menace.

We are Winning the League this season – Optimistic GRA coach