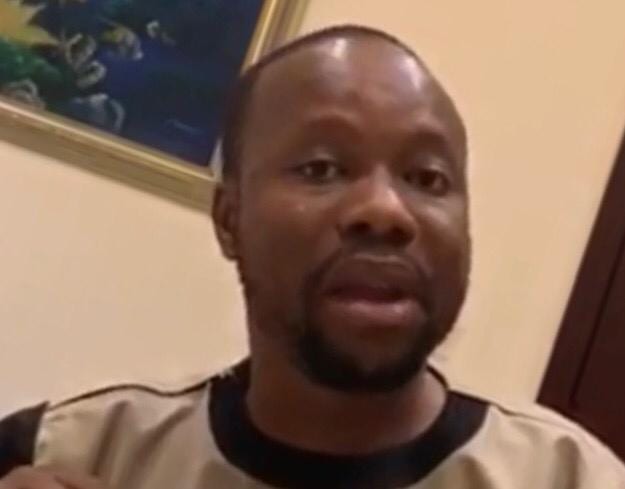 The so-called lawyer until his fictitious activities were uncovered had succeeded in walking in high corridors; pretending to be a lawyer for many high profile clients.
The release by the GBA intercepted by this writer on a headline ‘Due Diligence On Isaac Eshun’ stated “… We acknowledge your letter of enquiry of October 1, 2019, in respect of the above. “We advise that Isaac Eshun does not exist in the roll of lawyers called to the Ghana Bar.”
He also succeeded in acquiring a fake certificate from the General Legal Council of Ghana on September 23, 2016, which stated ” …Isaac Eshun has satisfied the Council that he has attained the necessary standards of proficiency in the law that has obtained adequate practical experience in the law.” 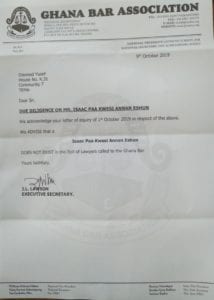 Until his nefarious activities was uncovered, he represented Mohamed Ould Ibrahim, also referred to as Omar, an alleged rapist and hardened criminal, believed to be hiding in Mali.
Indications are that, he has strong links at the seat of government, Jubilee House, the Criminal Investigations Department (CID) headquarters, the Castle, the Interior Ministry, among other high places where he is widely known as a legal practitioner.
Few weeks ago, it emerged that his client; Omar controversially kidnapped him (Eshun) in his hiding place in Mali.
The fake lawyer is the son in-law of the late Awuni Angwubutoge former Deputy Commissioner of Police, Eastern Regional Police.