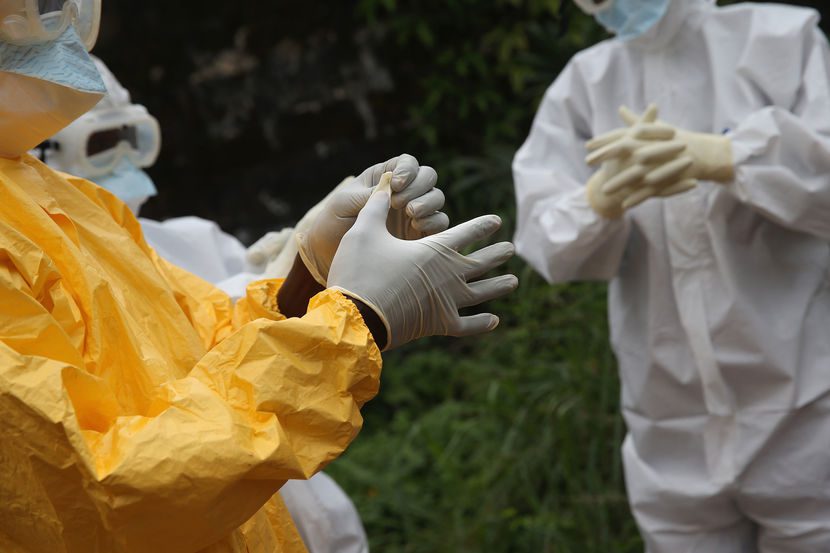 MANILA, Nov. 14 (Xinhua) ? A Filipino peacekeeper from Liberia, an Ebola-stricken West African country, was brought to a hospital after developing fever, a health official said on Friday.

Dr. Socorro Lupisan, director of state-run Research Institute for Tropical Medicine (RITM), said in a television interview that the peacekeeper is currently in a stable condition upon checking of his vital signs the moment he arrived at the hospital from Caballo Island in northern province of Cavite. The 133-strong Filipino contingent from Liberia upon their arrival on Wednesday in the country were brought to Caballo Island to undergo 21-day quarantine to ensure that Ebola virus disease would not spread in the country.

Blood samples would be extracted from the ill government trooper and be tested for possible Ebola or malaria infection, Lupisan said.

Lieutenant Colonel Harold Cabunoc, military?s public information office chief, in the same television interview, said the sickness of the peacekeeper should not be a cause of panic among the people.

He said the other peacekeepers in Caballo Island are being monitored by health authorities.

The Philippine government has imposed mandatory 21-day quarantine for all passengers who arrive in the country from Sierra Leone, Liberia and Guinea, the three hardly Ebola-infected West African countries.