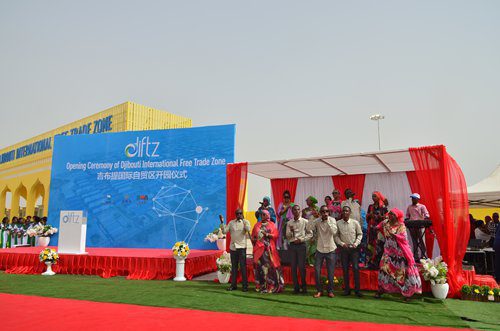 As the African Continental Free Trade Area (AfCFTA) currently stands ready for entry into effect, experts and analysts have emphasized the pact as a vital imperative to spur Africa’s economic integration and industrialization momentum.

On April 2, Gambia became the 22nd nation to ratify the free trade pact, the minimum threshold needed to approve the deal among the 55-member states of the African Union (AU).

Following 22 ratifications that were needed for the free trade pact to entry into force, the AfCFTA is expected to officially commence operations during the upcoming AU’s first-ever mid-year coordination meeting set to be held in Niamey, Niger.

The AfCFTA mainly aspires to create a single continental market for goods and services, with free movement of business persons and investments, and thus pave the way for accelerating the establishment of the Continental Customs Union and the African customs union, according to the AU.

The UN Economic Commission for Africa (ECA) said the free trade pact, if ratified by all the 55 African countries, will be regarded as the world’s largest free trade zone by the number of countries, covering more than 1.2 billion people with a combined GDP of 2.5 trillion U.S. dollars.

The ECA also stressed that the AfCFTA, once operational, will have a “huge impact” on the level of intra-Africa trade, which is projected to grow by 52.3 percent by 2020 under the continental free trade pact.

Costantinos Bt. Costantinos, who served as an economic adviser to the African Union and the United Nations Economic Commission for Africa, told Xinhua on Thursday that the AfCFTA would bring many direct as well as indirect opportunities in the continent’s socioeconomic and political sphere.

“African countries can benefit from free trade by increasing their amount and access to economic resources,” said Costantinos, adding “The AfCFTA will also allow African-owned companies to enter new markets, with significant reduction in input cost.”

The decision by Gambia’s parliament followed ratification of the AfCFTA by the Ethiopian House of People’s Representative, the Ethiopian parliament’s lower house, on March 22, which came as the continent marked the first anniversary of the signing of the agreement.

The African free trade pact, which was signed by 44 African countries when it was launched in Kigali, capital of Rwanda, in March 2018, is meant to create a tariff-free continent that can grow local businesses, boost intra-African trade, spur industrialization and create more jobs, according to the ECA.

David Luke, African Trade Policy Center Coordinator at the ECA, recently described the AfCFTA as “one of the milestone trade policy developments in Africa which is expected to change the way Africa does trade and catalyze transformation in a way trade policy has not done before.”

“Africa is set for massive transformation as more countries are expected to sign up and ratify the African Continental Free Trade Agreement (AfCFTA) in 2019,” Luke said in a continental meeting that was held in Addis Ababa last month.

“Getting the AfCFTA right will depend on getting the level of ambition that we have as a continent,” Luke added.

Costantinos, also professor of public policy at the Addis Ababa University in Ethiopia, however, stressed the need to set up “comprehensive policy-making and preferential treatment for Africa’s most at-risk economies” under the AfCFTA.

The expert also underscored the importance that “participating countries under the AfCFTA build an efficient and participatory institutional architecture to avoid leaving any economies behind.”

According to Costantinos, harmonizing Africa’s heterogeneous economies under one agreement could be a major challenge, and necessitates strong attention.