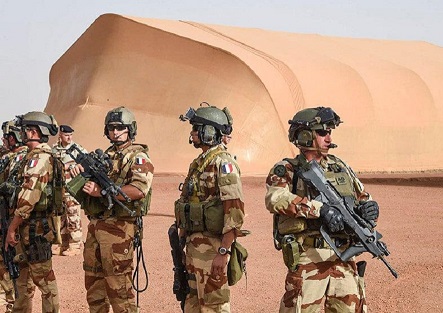 The concerning insufficiency of the Western approach to peacebuilding in Africa poses questions whether they are really interested in solving the security crises connected to terrorist threats.

One of the most vivid cases would be the failure of France’s operation Barkhane in the Sahel region and overall handling of the security cataclysm in Sahelo-Saharian area.

The experts on the region tend to think that the true goal of global powers is to maintain control over natural resources these territories are rich in.

Despite the statements of French officials that they are fighters against terrorism in Africa, Paris, strengthening its military presence in the region, is primarily concerned about preserving its economic and political positions, continuing to support the rulers who act as guarantors of the preservation of French interests in the territories they govern.

One of the French political scientists explained the reasons for Paris’ military intervention in Africa by the close ties of the former metropolis with its former colonies, by the fact that France is simply doomed to do this because of the nature of Islamist terrorist organizations.

But the “threat of terrorism” is just a convenient excuse to justify its continued military presence and maintain the image of a Great Power.

France has never let the former colonial possessions out of its control. On the contrary, since they gained independence, it has methodically taken measures to preserve its dominant position in them, in every possible way opposing the development of active ties with external players that would undermine its influence.

France’s policy in Africa is based on the system of relations with African states developed during the reign of President Charles de Gaulle, according to which it unofficially received the exclusive right to develop African mineral resources. In turn, Paris acted as a guarantor of the preservation of authoritarian leaders of the pro-French orientation in power.

Recently, France has begun to rapidly lose its position in Africa. Thus, in May 2016, Senegal signed an agreement with the United States to grant Washington the right to permanently have its troops on the territory of this country and use local airfields and other military infrastructure to assist Dakar in combating the terrorist threat. And this is just one of many examples.

In order to maintain its position on the continent, France has begun to resort to a variety of ways, one of which is aiding militants. So, recently, the Prime Minister of Mali accused the former metropolis of trying to destabilize the republic by cooperating with radicals.

Officially, France declared war on the radicals, while unofficially using them competently to gain access to natural resources for further turnover.

However, despite the numerous proofs of France’s destabilizing actions on the African continent, the Elysee Palace is trying by all means to hide its numerous crimes.