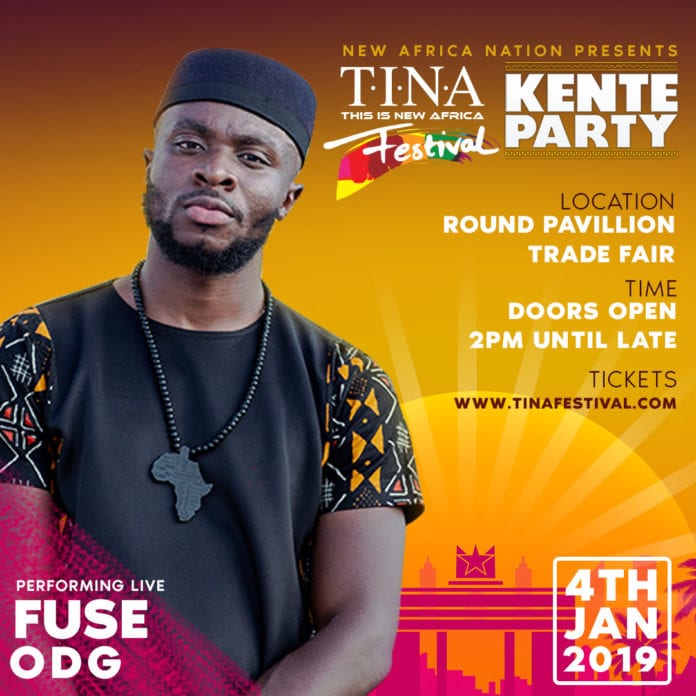 The TINA Festival which aims at promoting Afrobeats music and culture would also serve as a catalyst for boosting tourism and investment in Ghana.

The TINA Festival is being produced in collaboration with the Ghana Tourism Authority under the auspices of the Ministry of Tourism, Arts and Culture and is the first event scheduled for the Year of Return, a year-long calendar of activities inviting the global African family to a birth-right journey home to Ghana.

The festival will kick off on the 2nd of January with the Nation Building Day, an event to encourage the diaspora community to give back to society.

On this day, volunteers will visit the Akosombo School, a school co-founded by This is New Africa and Wood World Mission Charity to interact with pupils and clean and paint the school.

The New Africa Nation Conference will be held on 3rd January at the Accra International Conference Center with a series of discussions and talks led by top thought leaders from the African continent including Keynote speaker H.E. President Nana Akufo-Addo on how to take Africa beyond aid and mobilize the sleeping giant of the Diaspora.

TINA Festival will climax on the 4th of January with an all-day music concert, marketplace and Kente/African print fashion competition held at the Round Pavilion of the Trade Fair Center featuring DJs and live performances from award-winning artists, Fuse ODG, Sarkodie, SteffLondon, Joey B, Lethal Bizzle and more.

“I am excited to launch the TINA Festival because it will be the place where people come to experience genuine Afrobeats culture and lifestyle that comes with the music as well as serve as a platform for them to come back home, experience the rich Ghanaian culture and share their own stories.

We envision TINA Festival becoming the global home for the African sound of Afrobeat like the Glastonbury Festival is the home to Rock music,” shares Fuse ODG, an Afrobeats pioneer and Grammy Award winner who has been committed to using his music and influence to re-educate how Africa is perceived in the world.