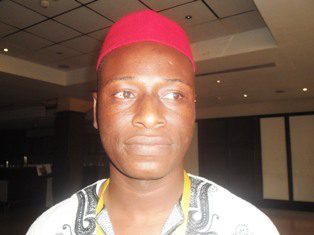 Mr Eyram Tettevi, a Pan-Africanist, says the future of Pan-Africanism lies in the youth and, therefore, African leaders must inculcate in them the vision of African empowerment at both the national and international levels. He said in order to achieve this vision; African governments must ensure that Pan-Africanism was taught at the senior high school level so that young people were well informed on it.

Mr Tettevi said this on Saturday in an interview with the Ghana News Agency on the sidelines of the Eighth Pan-African Congress in Accra.

The Eighth Pan-African Congress, on the theme: ?The Pan African World We Want,? which brought together participants from all over Africa and the Diaspora, sought to achieve the African Union?s vision of Pan-Africanism and African Renaissance.

Mr Tettevi said the best way to ensure that the Pan-African Movement grew stronger was to ensure that Pan-African congresses were organised on regular basis so that Africans would know each other better and share ideas and visions.

He urged African leaders to fast-track the implementation of the AU’s common passport and to ensure that all bottlenecks to the free movements of persons and goods within the continent were removed.

Mr Tettevi urged African governments to create job opportunities for the teeming unemployed youth so as to curb the deaths of young Africans on the Mediterranean Sea on their way to search for greener pastures abroad.

He urged the youth to emulate their shining examples by fully committing themselves to the course of Pan-Africanism.

Ghanaians advised to be responsible citizens

Crypto and NFTs Would Write the Future of Web3.0 – Arman Arzumanyan

Dr Kwame Nkrumah Family Cries For The Development Of Nkroful