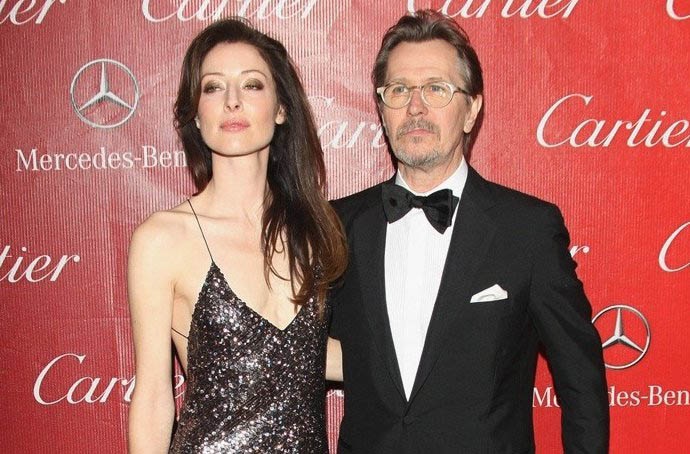 Gary Oldman and Alexandra Edenborough?s divorce was finalized eight months after they announced their separation. Los Angeles Superior Court Judge Maren Nelson finalized their divorce on Tuesday, September 29 and the paperwork was released for public on Thursday.

According to The AP, the divorce settlement requires Oldman to pay Edenborough $3.3 million. E! Online reported that the actor had to make the payments over the course of next four years. The former couple?s numerous assets were divided with Oldman keeping two homes and several vehicles.

Edenborough, a songwriter, filed for divorce from ?The Dark Knight? star after six years of marriage. She cited irreconcilable differences as reason of the split and asked for spousal support in addition to asking Oldman to cover her legal fees.

Edenborough was his fourth wife following his marriage to Leslie Manville, Uma Thurman and Donya Fiorentino. Oldman has three sons from the previous marriages and has none from Edenborough.

In January, Oldman released a statement over their split which began in mid-2014. ?Alex and I had several great years together, and we shared a great love during that time; but there is big difference in our ages and ultimately that gap inevitably revealed different lifestyle interests. While I have been sad about this for over a year, I am grateful for the good times we did have, and we remain friends. Of course I wish Alex the best happiness in the future,? he said through a rep.