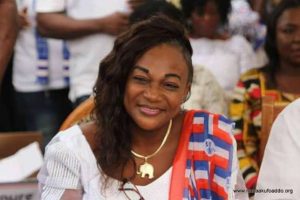 Madam Otiko Afisa Djaba, the Minister for Gender, Children and Social Protection has stated that selling children out for pittance was the saddest and most dishonorable thing parents could do. 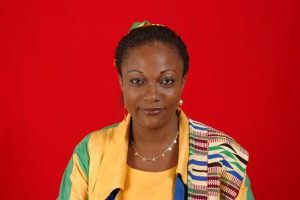 Madam Djaba said such pittance could only solve short term problems which could not be compared to the value of sacrificing to educate the child for a life time benefit.

The Gender Minister stated this while interacting with queen mothers in Wa as part of her two-day working visit to the Upper West Region.

She therefore urged the queen mothers to rise up against the child marriage menace and to champion girl child education in their respective communities and the region at large in order to create a better society.

At the Wa Naa’s Palace, the Gender Minister touted the key role of traditional authorities in development and reiterated government’s commitment to work with them to bring development to the people.

She pleaded with all to put aside their political colours and partner government in the fight against hunger and poverty which had left many people in the area traumatised.

Wa Naa Pelpuo IV congratulated the Minister on her appointment and said her working experience in the region put her in a better position to understand their challenges and to proffer solutions to address them.

He pledged their commitment to support the Minister and the government to work to reverse the poverty situation in the region.
GNA/www.newsghana.com.gh