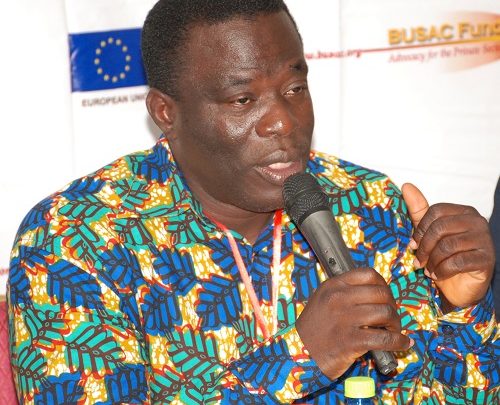 Mr Ignatius Baffour Awuah, Minister of Employment and Labour Relations, says it is important to understand the relationship between gender and migration in the formulation of Feminist Development Policy.

Mr Baffour Awuah said this in a speech read on his behalf by Mr Bright Wireko-Brobbey, Deputy Minister of Employment and Labour Relations, at a gender and migration conference to advance the discourse on migration and Feminist Development Policy.

The conference was organised by the Ghanaian- German Centre for Jobs, Migration and Reintegration in partnership with the Ministry of Employment and Labour Relations, the Ministry of Gender, Children and Social Protection and the University of Ghana, Centre for Migration.

The theme for the conference was: “Rethinking Migration and Feminist Development Policy: Insights from Ghana”.

The Feminist Development Policy, launched by the German Government, is committed to eliminating discriminatory laws and achieving legal empowerment and equal opportunities for all people in all areas of life.

Mr Baffour Awuah said policies, including gender-responsive ones must be carefully formulated to facilitate women’s integration in a changing world of work.

He noted that many female migrant workers, often confined to low-skilled jobs in domestic and care work, hotel and hospitality services, and agriculture, had difficulties in obtaining work permits and legal statuses in those sectors.

“These are clear indications that many of the policies in place are incoherent resulting in poor working conditions, low pay, job insecurity, high risk of exploitation and abuse, absence of social protection and social dialogue,” the Minister stated.

Mr Baffour Awuah noted that gender would continue to be an integral part of the migration process.

The Minister called for the mainstreaming of Feminist Development Policy into migration and governance to create an enabling environment for women and other minority groups in the world of work to thrive.

“We owe it a duty as an alternative to the exodus of our women in search of non-existent greener pastures,” he said.

Mr Baffour Awuah said interventions by the Ministry to accelerate female participation in the labour market included efforts to ratify ILO Violence and Harassment Convention, 2019 ( No. 190) and passage of the Labour ( Domestic Workers) Regulations, 220 (L.I. 2408).

Dr Elke Löbel, Commissioner for Refugee Policy, at the Federal Ministry for Economic Cooperation and Development, ( BMZ) said, the Feminist Development Policy was not only for women but included men and boys as it was a political movement that included all.

She said studies showed that countries where women were economically active and gender issues prioritised, were much more successful than other countries.

Dr Löbel, also Director for Displacement and Migration, Crisis Prevention and Management, said it was important that migrants were active in discussions on migration; however, they were underrepresented in decision making and global discourse.

Supporters of Aduana Stars thanked for their support against Kotoko