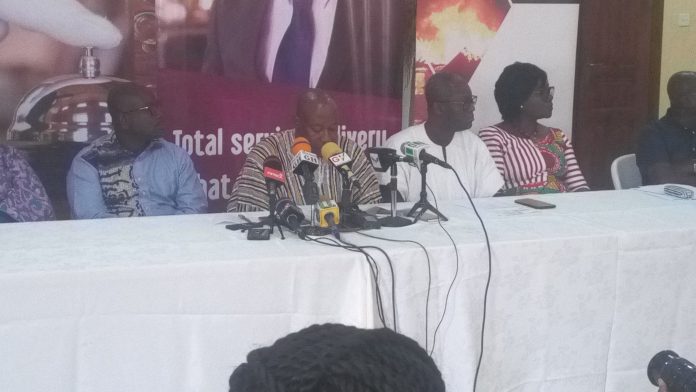 The deputy minister of Tourism, Arts and Culture, Dr. Ziblim Iddi, said investors were still putting in bids, indicating that, his outfit was looking for ways to use the country’s laws to formulate suitable partnerships for the project.

Dr. Ziblim stated clearly that, government will supervise the investors who would get the opportunity to build five high-end hotels in the category of four and five-star edifices, budget hotels, theatres, cinemas, restaurants and among other packages.

“In terms of the calibre of investors, I will say that these are big time investors with track records as regards what they have accomplished in the country.

Those who have expressed interest include local investors and international investors with local partners,” he indicated.

He continued that, government would extend the concept in the other coastal regions, which are the Volta, Western and Central regions, considering the success of this stage.

He was speaking at the launch of the UN World Tourism Day in Accra, which is observed annually on September 27, and this year’s celebration is Dabbed ‘Sustainable tourism, a tool for national development’, and would be hosted in Tamale as part of efforts by SADA and the ministries of Tourism and Business Development to highlight and harness tourism potentials in the savanna zone of the country.

The Tourism Day he explained, is an initiative of the UN World Tourism Organisation and its aimed is to highlight the importance of tourism to the socio-economic development of nations.

He stressed that, activities such as the hosting of the Tourism Day in the north of the country would promote investments in tourism.

The Chief Executive Officer (CEO) of SADA, Mr. Charles A. Abugre, said since SADA partnered the Ministry of Tourism in 2016 to hold Tourism Day at Kintampo in the Brong Ahafo Region, the authority keeps having “expressions of interests from potential investors interested in investing in the area.”

Saying thses events even produces some results. He said the decision to repeat the programme in the zone, was meant to further expose the tourist sites in the savanna zone to investors.

Mr. Abugre said, not much was known about them, thus, the need for the media, tourism promotion institutions and Ghanaians in general to help expose them to domestic and international tourists.

He said the authority had spent about two years to develop a master plan to harness the enormous potentials in the area for tourism investment opportunities.