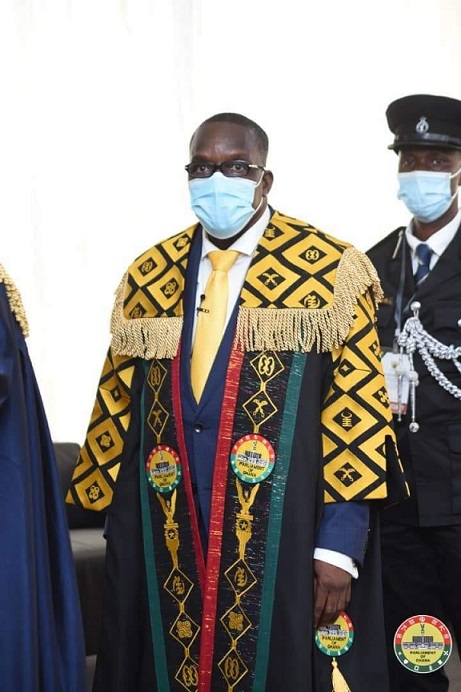 Following his elevation to the Speaker of the Eighth Parliament of the Fourth Republic, two businessmen have called on government to consider Mr Alban Sumana Kingsford Bagbin for the Order off the Volta Award.

They believed he had endeared himself to Ghanaians on account of his enormous contributions to democracy in the country and beyond.

A statement signed by Mr. Samuel Krah, Chief Executive Officer of Takoradi based Nimo Power Tools and Mr. F. Mintah, a Mobile phone Dealer and copied to the Ghana News Agency in Takoradi said “Everybody in our country admits that Rt. Hon. Alban Bagbin has been the most influential human pillar in the Parliament of our Fourth Republic and yet for some reason, we are not following words with actions.

Why has the most celebrated Parliamentarian of our day not received the highest honour of the land – the Order of the Volta.”

Then when he was just about to handover his Second Deputy portfolio, he was elected as the Speaker of the eighth Parliament.

The statement said it was not just his long survival in Parliament that distinguished him throughout his days as MP, but how he built a reputation as a nurturer of Parliamentarians on both sides of the political divide.

It added that the eventual election of Mr Alban Bagbin as Speaker was a befitting crown to his outstanding service in Parliament arguing that the Speakership of Parliament was not necessarily an award.

“This is why when you have illustrious sons and daughters who sacrifice for their nation, you single them out and decorate them with the highest honour. This is how you use their lives to inspire others to good deeds in the national interest.

“The Speakership of Parliament is not the highest honour of the land, the Order of Volta is, and if we truly are appreciative of the contributor that Rt. Hon. Bagbin has been to the Fourth Republic, then it is only befitting that he is awarded the order of the Volta,” the statement said.