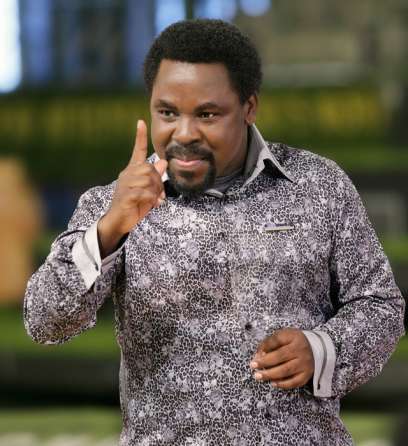 About a week ago, one of our seasoned journalist, Cameron Duodo, wrote a scathing piece about TB Joshua under a very satirical title, ‘We Thank You TB Joshua!’. He touched on all my sentiments, but I think deliberate refused to hit the bullseye. It is a piece worth your time, and I recommend it. This is not the first time I have had the uncomfortable experience of writing about this so called man of God, which probably should read God of man. I am quite certain it’s not going to be the last.

Poverty and ignorance on the African continent have spawned ruthless army of shameless characters on the continent. I can comprehend why poverty exposes some people, but the ignorance exhibited by even very intelligent people who should know better is what distresses me in my quiet time.

TB Joshua claims he can see into the future, and he has been making questionable predictions that any astute statistician can give him a good run for his money. A lot of well-meaning Ghanaians were righteously incensed about his latest prophesy that a foreign attack on Ghana is eminent. In my dictionary the word charlatan is illustrated with the face of TB Joshua. He is just cashing in on this global problem of terrorism.

They say when you see your neighbour’s house on fire you take precautions. It is a natural wisdom; you don’t need anybody to tell you that. To wait for such prodding is to expose yourself to swindlers like TB Joshua. Terrorism has become the new world wide epidemic, which is bringing a lot of countries to its knees. Even very sophisticated intelligent services like the Mossad, MI5, CIA are literally playing a catch up game with people who are ideologically convinced to blow themselves up together with their victims. It is very difficult to defend oneself against such dregs of humanity, though their own perceived aura of certainty makes them feel superior to all else. It’s a lethal combination that is wreaking turmoil in the endemic areas. In places like Pakistan, Iraq and Afghanistan they are having a field day causing enormous damage in areas security experts refer to as soft targets. Their limitation is predicated on the number of people in their ranks who are prepared to die as suicide bombers.

The operational frequency of this death cult mentality took a boost in the arm with the rise of ISIS. Their deadly actions used to be centred around the upper Maghreb. Then, imperceptibly, it started moving down to the Sahel and now it is close to our doorsteps. It will be barmy for the Ghanaian security services not to factor the possibility of Ghana being a target in their deliberations. I have always thought about the fact that they probably use the language if and not when. I, therefore, expect that any person who is blessed with prophetic powers to deal with the security servicesto root out this menace, and not stand in his church pulpit and rant like rabid dog. After all the bible teaches in (1 Corinthians 14:32 -33) And the spirits of the prophets are subject to the control of prophets. For God is not the author of confusion, but of peace, as in all the churches of the saints.

So what business has TB Joshua to stand in the midst of his congregation to voice out such foolishness when he knows where to go with such information. He cannot tell me that he is not aware the panic such information will cause within the Ghanaian populace if truly he was spoken to by God. I am not even talking about Nigeria, because Boko Haram literally owns the Northern part of the country. It is no longer news when they strike. If he is really in possession of such a veritable third eye he should liaise with the Nigerian security services to stop the activities of Boko Haram.

What really prompted me to piece these words together is when he later came back with a counter prophesy that Ghana is no longer a target. A 180 degree turn that Mr Cameron Duodo has taken a swipe at him. What I want to know is whether the Ghanaian security services have something to do with this redemptive second TB Joshua prophesy. I would suggest that if anything happens to Ghana he should be invited for questioning, because it is not beyond the capabilities of such a swindler to hypnotise some of his goons, who will even drink his urine, to unleash such atrocities for his self-promotion. They apply this ‘Heads I win; tails you lose’ tactics.

The deck is fixed in their favour; you cannot win. It doesn’t matter the outcome; they win whichever way the events happen. If it is favourable they tell you it’s because you prayed hard, and on the downside you did not pray hard enough. This is the game of conmen; nobody should fall for this. You only put yourself in danger when you listen to a trickster like TB Joshua.

China sends 52 aircraft to Taiwan after US expresses concerns

France to Send 160 Firefighters, Over 50 Vehicles to Help Greece With Wildfires

US Forces Sent 45 Vehicles With Syrian Oil, Wheat Into Iraq