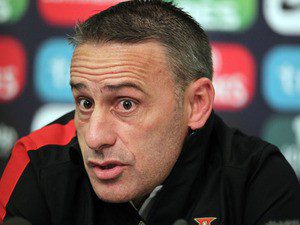 Paulo Bento, Head Coach of South Korea says defeating Ghana will be a difficult task for his side to accomplish when they face Black Stars on Monday, in the second Group H match at the 2022 FIFA World Cup in Qatar.

The Tigers of Asia and the Black Stars would travel to the Education City Stadium on Monday in a must win encounter to avoid an early exit from the FIFA World Cup ongoing in Doha, Qatar.

According to the Portuguese gaffer, he was not pressured going into the clash despite Ghana giving Portugal a tough challenge in their first Group H game of their World Cup campaign.

He said “ I would love the players to feel the way I do, but I know they are from a different culture”.

On his approach against Ghana, he said his side would put up their best to get a convincing result even though it would be a herculean task to achieve.

Bento described the West African team as a side who was quick in attack and had developed a strategy to keep his boys in the game despite two of his key players being injured.

South Korea’s Kim Min-Jae and Hwang Hee-Chan picked up injuries after their game against Uruguay.

The Asian side are one point ahead of the Ghanaians and are confident of beating the Black Stars to enhance their chances of progressing to the next stage.

Argentina beats Croatia to cruise to the final

Morocco takes charge of the African challenge after dumping Spain