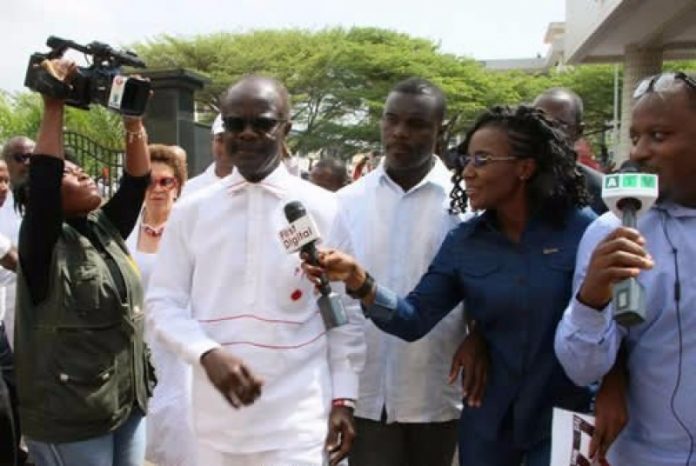 The EC filed a suit on Monday with the apex court challenging the decision by an Accra High Court to overturn its disqualification of Ndoum.

The commission, in a statement signed by Eric Kofi Dzakpasu, Head of Communications, said the EC disagreed with the High Court ruling in favor of Nduom.

“We believe it is in the overall national interest and on the grounds of public policy that the Supreme Court provides clarity on this matter. A judgment from the Apex Court would effectively bring finality to the issue once and for all,” the statement said.

The EC on October 10 disqualified 12 other presidential hopefuls of various political parties, resulting in legal suits against the commission.

The PPP claimed the EC’s decision to disqualify their presidential candidate was an error apparent on the face of the record.

Nduom subsequently proceeded to the court and had a judgment in his favor.

The court, presided over by Justice Eric Kyei Baffour, ordered the EC to afford the PPP’s candidate an opportunity to make the necessary corrections on their nomination forms and submit appropriately.

In another development, the Supreme Court on Friday ordered the EC to give the flagbearer of the All People’s Congress (APC), Hassan Ayariga, the opportunity to correct errors on his nomination form.

The court, presided over by Justice Babara Charway, said the EC had acted unfairly by disqualifying Ayariga, and should have been more patient in dealing with the APC. Enditem