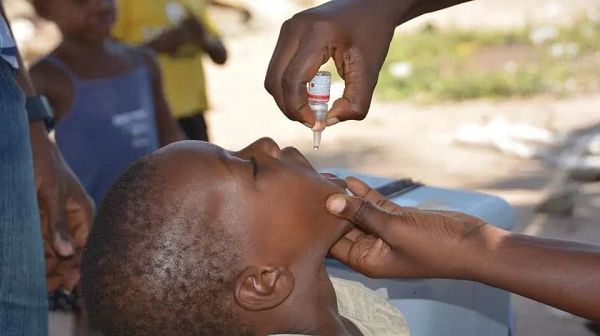 He said the two-and-a half year roll-out, would be in four districts within the Brong Ahafo, Central, Upper East and Volta regions, adding that, it would be reviewed and later, extended to the rest of the Country.

Dr Bonsu was speaking at the launch of a five-day Strategic Training Executive Programme (STEP) held in Accra for leaders in supply chain management, which as at now, has expanded to five countries in Africa.

It was organised by GHS and the Global Alliance for Vaccine Immunization (GAVI) in partnership with United Parcel Services (UPS) to provide healthcare personnel with soft skill, leadership skills and competencies identified with the private sector to enhance their performance.

He said, the selection of the pilot regions was based on their high prevalent rate of Malaria, child mortality pattern, among others.

The Programme’s Manager said the Vaccine would require four dose regiment and as the pilot phase is done, each child would get all the four doses.

The Vaccine, which would be administered based on age, would be given to children in not only Ghana, but also Kenya and Malawi, who are six, seven, nine and 24 months, Dr Bonsu emphasized.

This, he said, would set the stage for other African countries to enjoy the Programme being sponsored by the World Health Organisation (WHO), GAVI Support, GSK-manufacturers of the Vaccine, Global Fund and Government of Ghana.

He noted that a lot of tracking would be done, from the first dose to the fourth as all needed to get the full benefit.

Dr Bonsu said there was the need to get the community members on board as Malaria had become a problem of all and needed all hands on deck to eliminate it to reduce child mortality.

He mentioned other targeted diseases to be immunized against as Tuberculosis, Poliomeningitis, Rubella, Measles and Yellow Fever.

Dr Bonsu said vaccine container clinics would be established to facilitate the process and to ensure its potency, whilst a standby generator would be made available.

Planning and management resources, reaching targets, linking services and offering supportive roles, would be some of the strategic approaches to their successes, he stated.

He said the Unit would make good use of technology, provide support services to non-performed areas, do more campaign on Yellow Fever and others to improve their work.

Dr Anthony Nsiah Asare, the Director-General of GHS said drone services would be provided to supply vaccines to the difficult to reach areas.

Mr Magloire Achidi, Supply Chain Consultant-GAVI commended Ghana for having one of the richest health systems in the region.

“The last statistics mentioned that the GDP coverage according to the WHO- UNICEF estimate, is up to 99 percent coverage,” Mr Achidi noted.

This is by far the coverage of many countries in Europe and America so, that demonstrates the willingness, enthusiasm and professionalism of you people who are doing that and supporting this course”, he said.