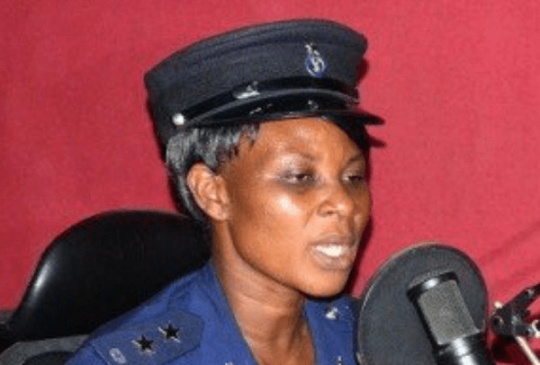 The Police administration has announced a GHc 10,000 ransom to anyone who could provide credible information leading to the arrest of the robbers who shot and killed a Police Officer at Mankessim.

This was announced in a statement issued and signed by DSP Irene Oppong, Central Regional Police Public Relations Officer (PRO) on Wednesday.

Lance Corporal Kingsley Boahen of the Mankessim Divisional command was in the early hours of Wednesday shot and killed by some suspected armed robbers at Mankessim.

Two other officers who received gunshot wounds are in stable condition responding to treatment at the Lady of Mercy Hospital in Mankessim.

The incident, according to the Police happened at about 0200 hours when a Police Patrol Team responded to a distress call from the ZEN Filling Station at Mankessim.

DSP Oppong said upon arrival, the robbers opened fire injuring Police officers in the process.
Meanwhile, the Inspector General of Police (IGP), James Oppong -Boanuah on Wednesday, led a high powered delegation to the crime scene to ascertain at first hand the situation for further investigations.

The IGP and his team also visited the two injured officers receiving treat at the Lady of Mercy Hospital and offered their condolences to the family of Lance Corporal Boahen.

The IGP said a team of investigators had been dispatched from National Headquarters to assist the regional CID to ensure that the perpetrators were brought to book as soon as possible.

The GNA followed up to the resident of the late Police officer where his landlord, Mr Abeiku Acquah confirmed that the slain officer was fond of jogging at dawn.

The Landlord described him as friendly and easy going individual who was liked by everybody on the compound.

Godfred Amo Mensah, a neighbour also described the late Lance Corporal Boahen as a brother whom he shared ideas with and had fun together, and expressed shock at his demise.
The late Boahen left behind an eight year old daughter.