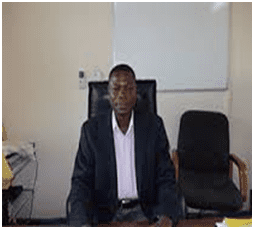 In his welcome address CEO of GIDA Dr. Ben Vas Nyamadi said the people should cooperate with the survey team that will come to their area and not see it to be that their lands will be taken away from them.

He lamented that there a need to organized a colourful sensitization durbar aimed was to call for the support of all people living in villages and towns bordering the Volta River and the Accra Plains canal in the Shai Osudoku, North Tongu, Ada West and Central and South Tongu districts to give way for a cadastral survey to be conducted on their lands.

According to him, the cadastral survey when conducted will have all the lands in the Accra Plains area to be plotted and registered to pave way for the construction of a canal which will channel water to farm lands for irrigation purposes. This will boost agricultural practices and production for the people in the Accra Plains area and improve upon their livelihoods.

He explained further that the Accra Plains for irrigation covers a gross area of 200,000 hectares (ha) when it was first identified. The area under the irrigation has been reduced to approximately 150,000 ha due to increase in population and development of residential houses in several areas over the years.

The development of Accra Plains for irrigated agriculture was initiated in 1961 and the studies dates back to the early sixties when the study for the Akosombo dam was undertaken.

.Speaking on behalf of the Lands Commission Mr. J.T. Odametey, Director of Surveys reiterated for the support of the survey and cautioned the people not to allow their emotions to get in the way but rather demonstrate absolute peace for the survival of the project.

He stressed that the boundary pillars when placed in the lands should not be removed as it is a criminal offence to do so.

The Accra Plains Irrigation project when developed will create wealth, food, job opportunities to the people around its surrounding communities and the country as a whole.

He appealed seriously with chief to desist from lands which been reserved by government for irrigation purposes and menace of land guards encroaching state lands to end it at once because very soon government will take serious actions to that effects.