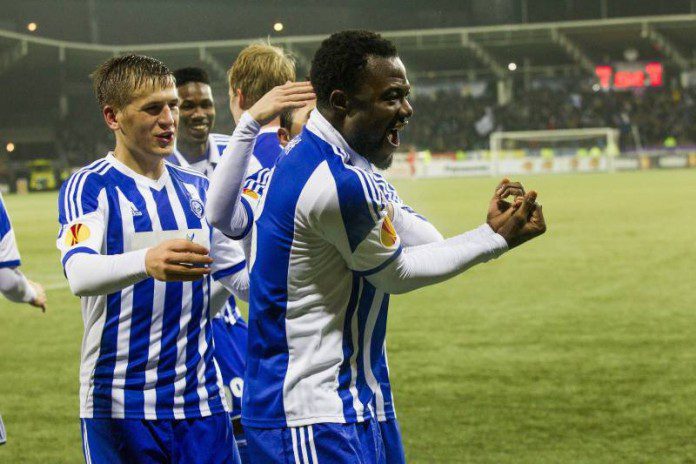 High flying Ghana defender Gideon Baah will have an opportunity to rob his shoulders against the best when his side HJK Helsinki take on Liverpool in a pre-season game on Saturday.

Baah has established himself as one of the key members of HJK set-up and has featured in all their UEFA Champions league qualification series so far.

The former Asante Kotoko and Sporting Mirren defender plays as a central defender but has the capacity to play on the right side of defense too.

Baah won the Finnish league title with Helsinki last season and is on track to defending the title with his side leading the pack with 40 points after 21 round of games.