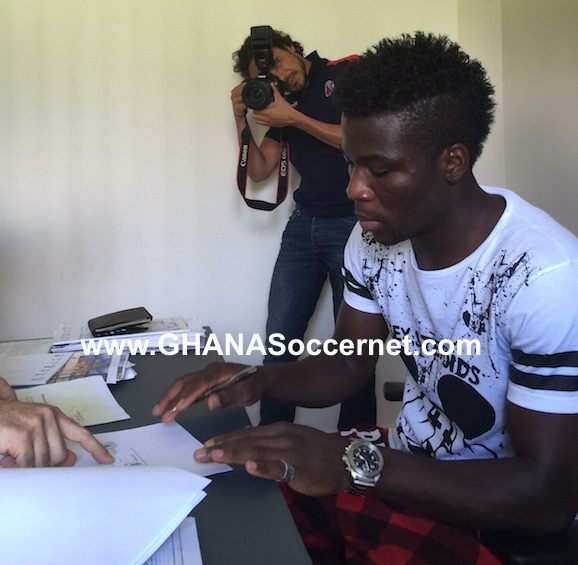 Godfred Donsah has completed his move to Bologna by signing a five-year contract.

GHANSoccernet.com can exclusively report that Ghana youth midfielder Godfred Donsah has completed his move to Bologna after passing a medical on Monday.

The 19-year-old penned at five-year deal worth six million euros plus add-ons from Serie B side Cagliari.

Donsah trained with the club yesterday and remains on course to mark his debut on Saturday at home against Sassuolo.

Head coach Delio Rossi is keen on fixing him in his midfield to get back on track after an opening 2-1 defeat at Lazio.

Donsah was tagged as an emerging star after scoring two goals in 21 appearances for relegated Cagliari in the Serie A last season.

He was sought after by Juventus, Napoli and Chelsea but opted to move to Northern Italy.