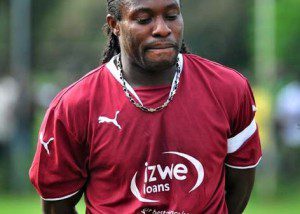 Ex-Ghana midfielder Godwin Attram has revealed he will call time on his career at the end of the upcoming season.

Attram was among former top stars who guided Great Olympics back into relegation last season.

The 35-year-old returned to revive his former club but failed in his pursuit to put them on a good footing following the side’s relegation last term.

The ex-PSV Eindhoven enforcer has revealed he will call time on his career at the end of the season.

“I will retire at the end of this season. I want to help Olympics qualify back to the Premier League, then I will bid farewell to football,” he told Accra-based Happy FM.

“Because of my soccer academy, I don’t even have time.

‘I want to focus my attention on my academy. So I will hang up my boot at the end of this season.”