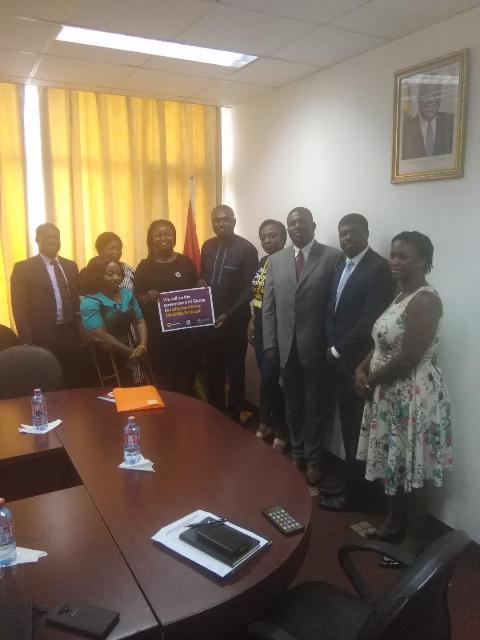 He said it was important that many opportunities were created for persons with disability in Ghana to enable them to contribute effectively to national development.

Mr Owiredu said this when the Ghana Federation of Disability Organization (GFD), led by its Executive Director, Mrs Rita Kyeremaa Kusi, and officials of Sightsavers called on him to discuss how Ghana could speedily ratify the Protocol.

The Protocol seeks to give persons with disability equal recognition before the law.

He explained that the Minister would write a Cabinet memo and once a decision was taken at that level, it will be sent to Parliament.

Mr Owiredu, therefore, advised the GFD and the other disability groups to engage the Parliamentary Select Committee on Gender to speed up the process.

“Government is committed to mainstreaming disability issues and everybody has a role to play,” he said.

Mrs Kusi, on her part, said the GFD, in collaboration with Sightsavers, had embarked on a campaign dubbed: “Equal World,” to collect signatories to a petition to be sent to government.

She said more than 2,700 people had, so far, signed the petition, which seeks to galvanize support to ensure disability inclusive development.

The campaigners are also calling for the rights of people with disability to be upheld and amplify their voices in decisions that affect them.

Mrs Grace Antwi-Atsu, Sightsavers Global Advocacy Advisor, said there was a clear widespread public support to prioritise the rights of persons with disability in Ghana and around the world.