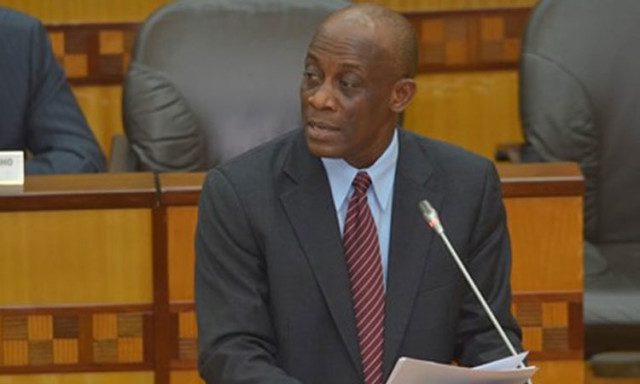 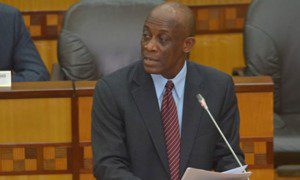 Mr Seth Terkper, Minister of Finance, who made this known to Parliament in his Budget Statement and Economic Policy of the Government for the 2016 on Friday, said at least four subvented agencies would be weaned off from government subvention.

He said as a result, budgetary resources related to the wean-off would no longer be transferred to these agencies.

Mr Terkper however explained that due to the increasing rigidities in the budget that limits the room for policy manoeuvre, government announced a policy of aligning the statutory and Internally Generated Funds (IGF) to national fiscal goals in the 2014 Budget, and consequently, in 2016, Statutory Funds expenditures totalling GH¢564.6 million would be realigned to the central Government budget.

He said as part of the rationalisation of such funds, ministries departments and agencies that are authorised to retain IGFs would be required to transfer a minimum of 15 per cent of their revenue for use by their sector ministries and or umbrella organisations to fund programmed activities.

The Finance Minister said these measures were designed to consolidate the gains made so far in achieving macro-economic stability, particularly in an uncertain external economic environment.

According to him the medium term fiscal policy of Government, is designed to consolidate the gains made so far in achieving macro-economic stability, particularly in an uncertain external economic environment.

He said there is therefore greater need for a paradigm shift in the management of fiscal policy, by considering a set of policies that would assist government to fully achieve and sustain fiscal and macro-economic stability.

He said in safeguarding the nation’s bright medium term prospects characterised by strong growth, it has become imperative to strengthen the fiscal adjustment process to ensure fiscal and debt sustainability over the medium term.

Consequently, fiscal policy over the medium-term would aim to progressively reduce the fiscal deficit from 5.3 per cent of GDP in 2016 to 3.0 per cent of Gross Domestic Product by 2018.

Mr Terkper said the reduction in the fiscal deficit would be driven mainly by the revenue and expenditure measures, which have been implemented since 2013, strengthening the ongoing revenue administration reforms, improving public financial management and expenditure rationalisation to enhance the efficiency of public spending, as well as the implementation of new debt management strategies.

He said other revenue enhancing and expenditure rationalisation measures, among others, would be reinforced over the short to medium term to further ensure the achievement of the nation’s fiscal objectives.

He said this include the Income Tax Act, 2015 (Act 896), which was recently passed by Parliament to replace Act 592, to simplify the income tax regime and improve tax compliance, and it was expected to yield additional revenue equivalent to 0.3 per cent of GDP, when fully implemented in January 2016.