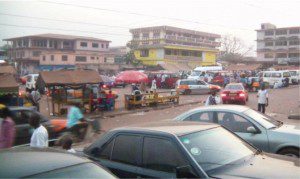 Drivers in the Sekondi-Takoradi Metropolis have agreed to work with the 15 per cent transport fare increase, although they expected a higher increment.

Officials of the GPRTU and some commercial drivers in the Metropolis said the 15 per cent increment, though not what they wanted, was good for their businesses considering the recent unstable fuel prices.

“The Government has done very well in considering the plea of the drivers. It is an effort we appreciate but we wish the Government could do more for us,” Mr Kofi Asuah, Western Regional Second Trustee of the GPRTU, said.

Mr Asuah added that “we accept the 15 per cent increment in good faith but we do not like the idea that we must wait for some days before the new fares take effect.”

Mr Benjamin Simmons, a taxi driver, suggested that the initial 30 per cent increment would have been better because the news that there would be an increase in transport fares would compel spare part dealers and mechanics to increase their service fees.

“The Government has made a significant effort in finally listening to the concern of drivers, but I still feel there is more that can be done.”

“All we are saying is that the fuel and transport fare price increment should be something that moves together,” he added.

The new transport fares took effect from Saturday, February 26, but the GPRTU expressed the hope that from Monday, February 28, the new prices would have been fully communicated to the public.