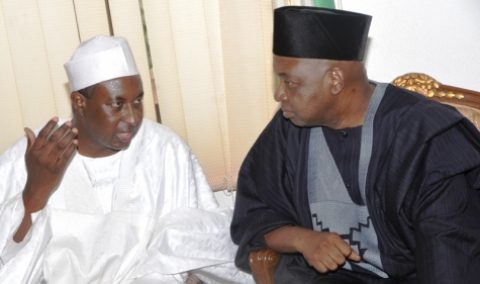 Senator Aziz Zego,? has emerged Southern Kaduna sole gubernatorial candidate for Kaduna State primary elections of the People Democratic Party, PDP, after days of intriguing negotiations with key players and Stakeholders from the area, says a statement yesterday in Kaduna.Southern Kaduna is a socio-cultural and geo-political area that comprises of 12 of the 23 Local Governments Areas, LGAs, of Kaduna state, with 8 in the Southern Senatorial zone, all with a consistent records of voting for the PDP as a block since 1999.

The statement which was signed Catholic Bishop of Kafanchan Diocese, Bishop Joseph Bagobiri; Chairman, Board of Trustees, BoT, of Southern Kaduna Peoples Union, SOKAPU, Col. Boman? Kachim (rtd) and National Secretary of the Christian Association of Nigeria, CAN, Rev. Musa Asake, the four contestants among others reads: ?After careful deliberations and consultations on an issue we hold very dear to the sustenance and development of Southern Kaduna as an entity, a coalition of Southern Kaduna groups, comprising of youth groups, religious bodies, elders and our traditional rulers have decided to present a single candidate for the PDP gubernatorial primaries of Kaduna state coming up on the 8th of December, 2014.

?The onerous task was not easy as contenders, apart from being ably qualified, have also worked hard and have put in a lot of resources, time and energy in pursuit of their ambition. However, we deemed it necessary to sit with all the candidates vying for the office of governor of our state from Southern Kaduna, to deliberate and agree that a single candidature is not negotiable.?This, among other reasons, is to brighten the chances of whoever emerges, ensure reduced bickering associated with politicking and also help the contestants to cut down on their spending.

In doing this, Southern Kaduna stands a better chance of rallying behind one of its own, rather than simultaneously expending valuable time, energy and resources on multiple fronts.

?After careful considerations, intriguing negotiations and understanding, and agreement from the contenders at the meeting held in Kafanchan, settled for Senator Zego Aziz as the sole PDP gubernatorial aspirant from the Southern Kaduna to go into the primaries.

?While it is not easy for the other contenders who have agreed to step aside, the onus of collective purpose and communal welfare must be seen to take precedence in order to have one candidate to contest with the incumbent at the PDP primaries scheduled for 8th December 2014.

?With this heart-lifting and very promising development, a new southern Kaduna is being born.? The depth of our disunity is in the process of being jettisoned for a common purpose. We can now see light at the end of the tunnel.

?We therefore call on all, especially PDP Card-carrying delegates to put away all other considerations, including personal interest for the common good of our people who have suffered so much deprivation, oppression and even loss of lives and property.

?Consequently, we are appealing to all to support the candidature of Senator Zego Aziz at the primaries to achieve our objective of him becoming the PDP flag bearer in the coming elections of February 2015?We call on all in southern Kaduna to rise and shine?, reads the statement.Others who signed the statement are the candidates who have all purchased the PDP forms, namely: Senator Aziz Zego; Acmdr. John Ajaiye (rtd), Mr Jimmy Dungs, Mr Hassan Hyatt, former Minister of Aviation.