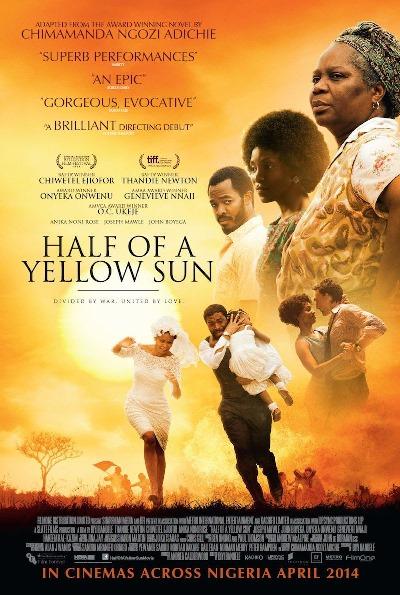 Finally, what looked like an ending screening, has ended. Now, Half Of A Yellow Sun can proceed to be viewed in the Nigerian cinema houses.

The goodnews was announced first by Channels TV presenter Mayowa Ogundele via her Twitter page, revealing that the National Film & Video Censors Board (NFVCB) released a statement yesterday, Friday, (July 4, 2014) approving the movie for cinema release last month, June 2014. According to the board?s corporate Affairs representative, Caesar Kagho, the film has been approved and to be viewed in Nigeria and rated ?18′.

The movie was approved along with 76 other movies. ?All approved movies fulfilled the regulatory conditions stipulated by the NFVCB?, Kagho said. The movie stars Hollywood stars Chiwetel Ejiofor, Thandie Newton as well as Onyeka Onwenu, O.C Ukej, and is based on the novel of the same name by Chimamanda Ngozi Adichie… a love story that follows two sisters who are caught up in the outbreak of the Nigerian Civil War.

The film?s late approval is allegedly attributed to the NFVCB?s worry over the storyline of the movie, believing it could incite unrest in some parts of the country.