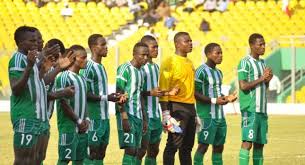 Deputy Chief Executive Officer of Hasaacas Joseph Ofori Acquah says the side’s intended pre-season tour of Malaysia has been delayed because most of the players not have passports.

The Sekondi-based club had intended to embark on the three-week training tour of the Asian country.

Hasaacas were looking to give their players some international exposure ahead of the start of the 2015/16 season.

They also planned to use the opportunity to market their players while they are outside the country.

But this trip is in the balance as the club struggles to secure passports for most of its players.

“The trip has delayed to this point because we realized that 60 percent of the players do not have passports,” Deputy CEO Ofori Acquah revealed.

“This came to a shock to us in management so we had to make sure we secure passports for the players.

“As a professional football player, and the fact that you are a Ghanaian should be reason enough for you to have a passport because you don’t know when you will be called.”

FBI Declines to Confirm Whether It Has Trump’s Passports

Ministry investigates allegation of foreigners in possession of Ghanaian passports

Running Down NPP Government Because of IMF Will NOT Automatically Make You President in 2024: Razak Kojo Opoku Writes