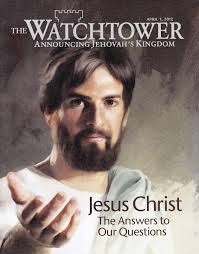 The hearing of the case by the Supreme Court in Russia in which the Government of Russia was planning to ban Jehovah’s Witnesses Thursday enters its sixth day. 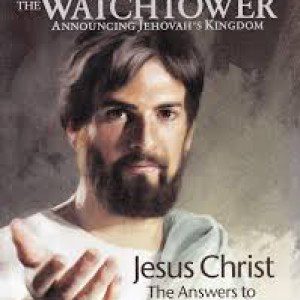 On Wednesday, April 19, 2017, some 300 people gathered for the fifth day of hearings by the Supreme Court of the Russian Federation on a claim from the Ministry of Justice to liquidate the Administrative Centre of Jehovah’s Witnesses.

At the hearing, the Court reviewed 43 volumes of documents submitted as case materials.

A statement from the official website of the Jehovah’s Witness and copied to the Ghana News Agency (GNA) on Thursday said “the aggressive actions by Russian authorities against the Witnesses over the past ten years were summarised as the Court reviewed 43 volumes of documents submitted as case materials.”

On March 15, 2017, Russia’s Ministry of Justice filed a claim with the Supreme Court of the Russian Federation to label the Administrative Centre of Jehovah’s Witnesses in Russia as extremist and liquidate it.

The claim also seeks to ban the activities of the Administrative Centre.

If the Supreme Court upholds this claim, the Witnesses’ national headquarters near St. Petersburg will be shut down.

Subsequently, some 400 registered Local Religious Organisations (LRO) would be liquidated, outlawing the services of over 2,300 congregations of Jehovah’s Witnesses in Russia.

The branch property, as well as places of worship used by Witnesses throughout the country, could be seized by the State.
Additionally, individual Jehovah’s Witnesses would become subject to criminal prosecution for merely carrying out their worship activities.

The Supreme Court was expected to rule on the claim on April 5, but the cases have since been recessed for several times.

With the imminent ban on their worship threatened in Russia, the Governing Body of Jehovah’s Witness launched a global letter writing campaign, inviting the over 8,000,000 Witnesses worldwide to write to the Kremlin and the Supreme Court officials “to heighten attention to this critical situation,” and appeal directly for relief.

Mr David Semonian, a spokesman at the Witnesses’ world headquarters said “prosecuting non-violent, law-abiding citizens as if they were terrorists was clearly a misapplication of anti-extremist laws.

Such prosecutions were based on completely false grounds.”

“Reading the Bible, singing, and praying with fellow worshippers is clearly not criminal,” Mr. Semonian added.

“We hope that our global letter-writing campaign will motivate Russian officials to stop this unjustifiable action against our fellow worshippers.”

The case materials documented that the Administrative Centre was previously recognised by authorities for positive contributions to society for several years.

It was also noted that the LROs made similar positive contributions in their communities.
Additionally, several volumes of case materials documents that the Ministry of Justice had been inspecting LROs used by Witnesses in Russia since 2008 could not show any extremist activity in the LROs, a point acknowledged by Attorneys for the Ministry of Justice.
GNA/www.newsghana.com.gh