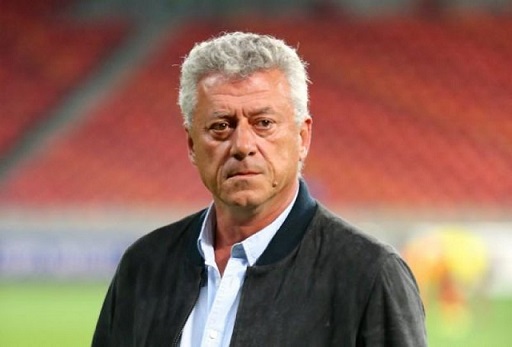 Kosta Papic Head Coach of Accra Hearts of Oak has said their defeat against arch-rivals Great Olympics will not dampen their spirit as they seek for a better season.

The Serbian coach tasted his first defeat since taking charge of the team against a resurgent Great Olympics side who have recorded major scalps against the two big giants of Ghana football, Asante Kotoko and Hearts of Oak.

Speaking to the press after his first defeat upon his return to Hearts, Coach Papic blamed his midfielders for the poor outing on the match-day.

“Two big mistakes in the first half cost us victory today and my midfielders didn’t do the job we expected of them and we had too many chances to score a goal but we couldn’t.

“We are going to fight very hard to get the three points in our next game.

“We have lost the match but not the battle and we are still fighting and we would regroup to be better for our next matches.

“We respect every team in the league and we won’t underrate anyone. Great Olympics is a good side undoubtedly but the two big mistakes cost us,” he said.

Hearts would travel to Tarkwa in midweek to face Medeama in match-day 12 of the 2020/21 Ghana Premier League.