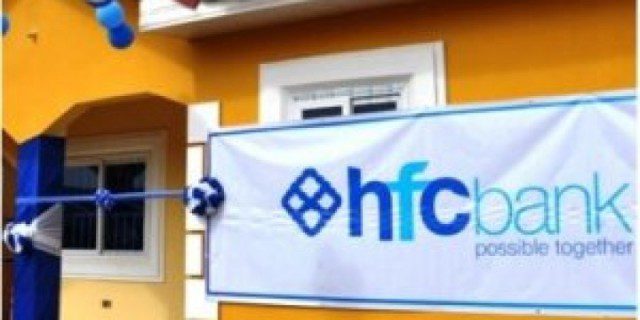 The HFC Bank, a subsidiary of Republic Financial Holdings Limited (RFHL) says it has returned to profitability ways, according to a statement released here late Monday.

This comes at the back of the recent rift between management of the bank on one side and some staff of the bank with the Industrial Commercial Union (ICU), their mother union.

The statement signed by Festus Matey, Manager, Corporate Communications said, “After 2 years of losses and GH¢150 million in provision, HFC Bank returned to profitability producing the best first half year results in the history of their 27 years of existence.

Additionally, the bank now boasts of having one of the highest cover ratio i.e. provision to non-performing loans of over 65 percent which provides the bank with protection against future shocks going forward.”

Managing Director, Mr. Robert Le Hunte attributed the good results to the hard work of the staff and the focus on recoveries over the past two years.

He however admitted that the work was far from over, it was also clearly obvious that the Bank was now in a better position than 2 years ago when the Republic Financial Holdings Limited took over control.

The statement further observed the bank spent 30 million United States Dollars (USD) in upgrading its technological infrastructure and refurbishment of its various branches as well as the development of its staff.

Not with standing its losses in the past 2 years, With pride, the Bank was still able to remain active in their communities and actually increased their level of Corporate Social Responsibility (CSR).

It must be noted that the Board of the bank recently gave approval to management to approach its shareholders on two significant matters; Firstly to increase the level of capital of the bank by 50 million and secondly to change the name of the bank to Republic Bank (Ghana) Limited in keeping with the new ownership structure.

This new capital together with the BBB+ S&P rating of Republic Bank Limited makes the Bank one of the strongest in the industry and puts them in a better position to build on the strong foundation in the housing industry and the future prospects in the oil and gas industry.

The MD claims that his biggest achievement over the past two years was building a culture at HFC that will allow the organization to survive not only in the short term but in the long term.

HFC Bank became a member of the Republic Financial Holdings Limited in May, 2015 after a successful mandatory takeover.

The over One Hundred million dollar ($100 Million) investment made by the Republic Financial Holdings Limited in HFC Bank represents one of the largest investment by a Diaspora company in Ghana.

HFC Bank was recognized for this investment at the prestigious Diaspora African Forum Excellence Awards Dinner in July this year.

In Addition, the bank was recognized by the Institute of Human Resource Management Practitioners (IHRMP) as the Most Successful Change Management Program.

The bank was also adjudged the most telephone efficient bank in the Financial Institution survey conducted by Walsbridge Market Research.