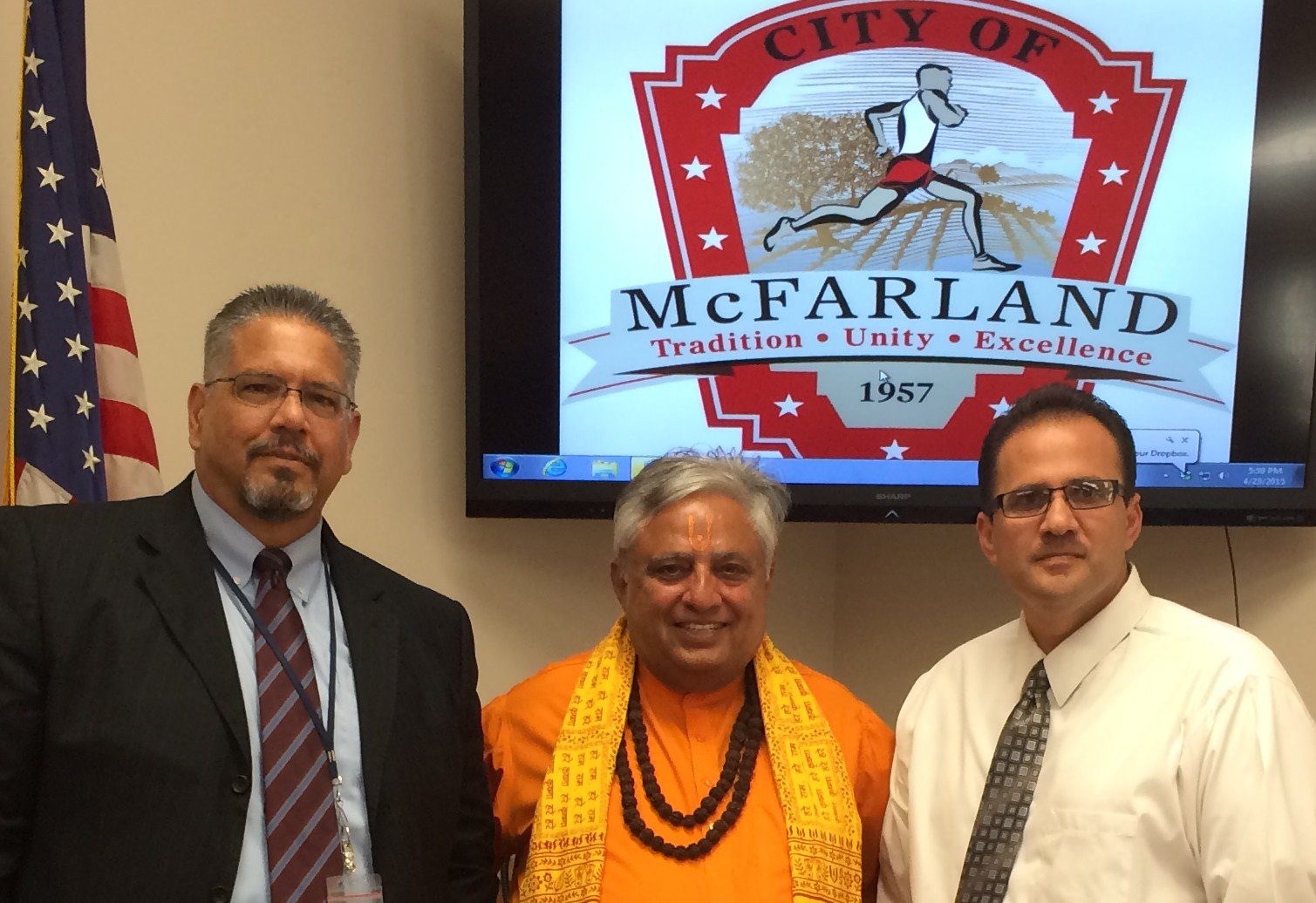 Distinguished Hindu statesman Rajan Zed delivered the opening prayer from ancient Sanskrit scriptures before the City Council. After Sanskrit delivery, he then read the English translation of the prayer. Sanskrit is considered a sacred language in Hinduism and root language of Indo-European languages.

Zed, who is President of Universal Society of Hinduism, recited from Rig-Veda, the oldest scripture of the world still in common use, besides lines from Upanishads and Bhagavad-Gita (Song of the Lord), both ancient Hindu scriptures. He started and ended the prayer with ?Om?, the mystical syllable containing the universe, which in Hinduism is used to introduce and conclude religious work.

Reciting from Brahadaranyakopanishad, Rajan Zed said, ?Asato ma sad gamaya, Tamaso ma jyotir gamaya, Mrtyor mamrtam gamaya?, which he then interpreted as ?Lead us from the unreal to the Real, Lead us from darkness to Light, and Lead us from death to immortality.? Reciting from Bhagavad-Gita, he urged councilmembers to keep the welfare of others always in mind. Councilmembers, city employees and public were seen standing in prayer mode with their heads bowed down during this invocation.

Wearing saffron colored attire, a ruddraksh mala (rosary), and traditional sandalpaste tilak (religious mark) on the forehead, Zed sprinkled few drops of water from river Ganga of India, considered holy by Hindus, around the podium before the prayer. Mayor Manuel Cantu Junior introduced Zed. ?It is a historic moment of pride for the community when the prayers from ancient Sanskrit scriptures are being read in this great hall of democracy of this great city of McFarland?, Zed stated before starting the invocation.

Bestowed with World Interfaith Leader Award, Zed is a global Hindu and interfaith leader, who besides taking up the cause of religion worldwide, has also raised huge voice against the apartheid faced by about 15-million Roma (Gypsies) in Europe.

Hinduism, oldest and third largest religion of the world, has about one billion adherents and moksh (liberation) is its ultimate goal. There are about three million Hindus in USA.

McFarland is the titular location for the critically well received sports drama film, ?McFarland, USA?, directed by Niki Caro and produced by Walt Disney Pictures. Inspired by the true story of a 1987 cross country team from McFarland High School, the film stars Kevin Costner as the school’s coach who leads the team to win a state championship.

Stephen McFarland and John Wooner are Mayor Pro-Tem and City Manager respectively of McFarland, founded in 1909, whose tagline is “Tradition, Unity, Excellence”.