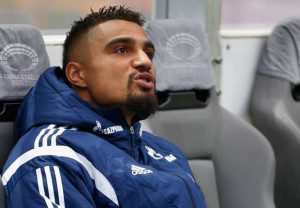 Schalke chief Horst Heldt insists the club has no regrets for freezing out Kevin-Prince Boateng following their 5-0 win over MSV Duisburg in the DFB Cup.

The German side froze out the Ghana international after a breakdown in trust between the two parties.

The Ruhr Valley club started life without the 28-year-old with a comprehensive 5-0 win over lower side MSV Duisburg in the opening round of the DFB Cup and director of sports Horst Heldt has revealed there are no regrets for kicking the former AC Milan man out.

?Of course we have results that satisfy us and we look forward to subsequent game. From the perspective of Kevin, I would do it again if it was today,? he said

?We want to necessarily commit a player who has leadership qualities. It would be hypocritical if today I stand up and say in retrospect I would do something different.

?In the first year, Kevin fulfilled many expectations. Then a lot of the negatives started evolving.

?It was also about lack of discipline. You have introduced code of conduct and you require new players to abide by it and not flout.?

Boateng is on scouring mission for a new club after his hugely-publicized move to Portuguese side Sporting Lisbon fell through over health concerns.